Three years ago, I argued that there was one easy way to help a bigger variety of films receive nominations for Best Picture: Junk the system that produced a variable number of nominees and go back to a flat 10 nominees, the system that was in place in 2010 and 2011.

Now we’ll get to see if I knew what I was talking about.

My point in late 2018 was that the move to a variable number of nominations also reduced the number of lines on the Best Picture nominating ballot from 10 to five, giving voters no reason to reach for adventurous or offbeat choices to fill those slots.

“Enough with the variable-nominee silliness, AMPAS,” I wrote. “Its very existence narrows the thinking of people who ought to be embracing all that filmmakers have to of fer. Give voters a reason to think beyond the usual suspects, please.”

This year, in an attempt to get more diversity into the nominations, the Academy is returning to a flat 10 nominees and giving voters 10 lines on their online ballots. And even though the ranked-choice or preferential system of vote counting means that lower choices don’t come into play all that often, the mere existence of those spots can encourage voters to think expansively, not narrowly. 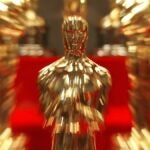 And in place of the single round of ballot redistribution that has been in use since 2011, the PwC accountants will go back to multiple rounds, which will provide far more opportunities for films to move up in the rankings even if they aren’t ranked first on a lot of ballots.

What would an expanded, outside-the-box slate of nominees look like? Based on the initial nominations and selections from awards groups including the American Film Institute, the National Board of Review, the Critics Choice Association and the beleaguered but still active Golden Globes voters, the most obvious Top 10 at this point would be “Belfast,” “Dune,” “West Side Story,” “Licorice Pizza,” “Don’t Look Up,” “King Richard,” “Nightmare Alley,” “The Power of the Dog,” “CODA” and “tick, tick…BOOM!”

Mind you, far too many of the voters for those groups are critics, academics and people who aren’t in the industry. There’s a huge difference between critics’ awards and industry awards, and we’ll have a much clearer idea of who’s really on top this Thursday, when the Producers Guild, Writers Guild and Directors Guild all announce their nominations.

But if, say, films like “The Tragedy of Macbeth,” “The Lost Daughter,” “Cyrano,” “Red Rocket” or “C’mon C’mon” slip in, that’ll be a sign of change. The COVID-damaged year’s one true blockbuster, “Spider-Man: No Way Home,” wouldn’t seem to be a stretch, but there’s really no recent precedent for a movie like that getting in (“Black Panther” being an exception because of its landmark status), so it, too, could be a beneficiary of the rule change. 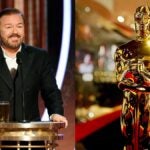 For this to work, though, Oscar voters will need to fill all 10 spots on their ballots. The Academy rules only say they can vote for “not more than 10 movies.” And copious anecdotal evidence suggests that some don’t fill in all the slots because they’re afraid of hurting their favorite films by voting for other movies, which is a total misunderstanding of how ranked-choice voting works.

I’ve said this before and I’ll say it again: You cannot hurt the chances of the film ranked No. 1 on your ballot by putting another movie at No. 2 or 3 or 10. All you can do is give yourself more say in what gets nominated.

So, dear Oscar voters, please, please seize the opportunity to vote for 10 films. If you can’t think of 10 that deserve your vote, watch more movies until you can; it might be another strange year, but there is lots of deserving work out there – 276 films qualified this year and more than 150 are in the Academy Screening Room, and what else do you have to do between now and the start of voting next Thursday?

This year’s rule change gives you the chance to make the Best Picture category more diverse, more interesting and weirder. Go for it.

A version of this story first appeared in the Awards Preview issue of TheWrap’s awards magazine. Read more from the issue here.