Director Richard Donner, who died on Monday at age 91, was once compared to Victor Fleming (“Gone with the Wind”) and Michael Curtiz (“Casablanca”), old-school filmmakers who worked hard to give their studio bosses what they wanted (and to give the public what they thought it wanted).

Donner may have come into his own as a hit-maker during the New Hollywood of the 1970s, but no one ever accused him of being an auteur. He made accessible entertainments — and if that were an easy task, everyone would have done it — and helped usher in the modern era of superhero cinema with 1978’s “Superman,” a thrilling and utterly unironic take on the comic-book icon that feels more influential to contemporary moviemaking with each passing year.

Born Richard Donald Schwartzberg in the Bronx, Donner moved to Los Angeles in the 1950s with hopes of becoming an actor. He was soon mentored by director Martin Ritt, who realized that the young man’s talents were better served on the other side of the camera. After working as Ritt’s assistant, Donner moved up to directing TV commercials and then episodics.

He would go on to contribute to around 25 popular shows of the 1950s and ’60s, including “Wanted: Dead or Alive,” “Star Trek,” “Get Smart” and “Gilligan’s Island.” His TV work runs the gamut from the “Nightmare at 20,000 Feet” episode of “The Twilight Zone” — which George Miller would later re-create in 1983’s “Twilight Zone: The Movie” — to the live-action “Danger Island” segments on “The Banana Splits.”

At the same time, he was beginning to branch out to the big screen, first with 1961’s “X-15,” and more notably, 1968’s “Salt and Pepper,” a post–Rat Pack comedy caper starring Sammy Davis Jr. and Peter Lawford. In the golden age of the made-for-network-TV movie, Donner kept a hand in both episode work and small-screen features, earning raves for 1975’s “Sarah T.: Portrait of a Teenage Alcoholic,” which balanced sensitivity and sensationalism in a tale of an adolescent girl (played memorably by Linda Blair) with a drinking problem.

Donner’s big breakthrough as a film director came the following year, as “The Omen” established itself as one of the most profitable of the post-“Exorcist” devil movies. The idea of Satan being born into the body of a spooky-eyed kid seems like it would defy audiences to take it seriously, but Donner’s straightforward direction (aided by Gregory Peck and Lee Remick, whose performances are as straight-faced as Jerry Goldsmith’s score is histrionic) made it land with audiences, who lapped up several sequels.

With that hit under his belt, Donner got the assignment to tackle “Superman.” Between the campy portrayal of Batman in the 1966 TV show and a general distrust of authority following Watergate and the Vietnam War, Donner’s insistence that the material be handled straightforwardly was a bold choice, but one that paid off. It’s a film that somehow finds room for Marlon Brando’s solemnity, Margot Kidder summoning the spirit of Rosalind Russell in “His Girl Friday,” and the shenanigans of Gene Hackman’s Lex Luthor, with the then-unknown Christopher Reeve threading the needle between them. Despite the disparate elements, somehow it works.

(And well before Zack Snyder got Warner Bros. to pony up for his version of “Justice League,” Donner was able to put together an eventual Blu-ray featuring his take on “Superman 2,” a film taken away from him by producers Ilya and Alexander Salkind and handed off to Richard Lester.) 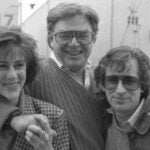 Donner’s next big franchise was the “Lethal Weapon” series, which featured its own set of seemingly mismatched elements — Mel Gibson’s suicidal cop, suffering from post-Vietnam PTSD, gets paired with Danny Glover’s “too old for this s—” family man — and once again, the elements came together. Donner, incidentally, was a vocal activist regarding South African apartheid, and he wasn’t afraid to inject his politics into his work, whether it was the Afrikaans-speaking villains of “Lethal Weapon 2” or the protest posters hanging in Alfre Woodard’s apartment in 1988’s “Scrooged.”

For audiences born after 1970, Donner will forever be remembered as the director of “The Goonies,” an adventure story that was mostly blown off as kiddie fare in 1985 (despite grossing $124 million worldwide on a $19 million budget) but which has gone on to become a much-quoted and much-referenced cultural touchstone.

Donner sealed the deal on Hollywood’s comic-book revival by executive-producing 2000’s influential “X-Men,” and his wife Lauren Shuler Donner went on to produce the entire “X-Men” series under their company shingle. As a director, Donner had hits and misses, but even some of his efforts that didn’t find an audience the first time, like the romantic fantasy “Ladyhawke,” have gone on to amass devoted cults over the years.

Richard Donner was, in many ways, the right guy at the right time, someone to whom studios could turn to make mass-appeal blockbusters while the film-school generation was off creating ambitious but expensive budget-busting disappointments. And like Fleming and Curtiz and so many of his forebears in Hollywood’s golden age, Donner’s best films will continue to delight fans and to find new admirers with each passing generation. 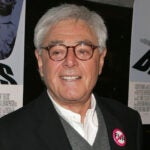