Ronan Farrow’s “Catch and Kill” is being adapted into a six-part HBO docuseries, the premium cable channel announced Monday.

The series, titled “Catch and Kill: The Podcast Tapes,” builds on the reporting featured in Farrow’s book and podcast of the same name, featuring “intimate, revealing interviews with whistleblowers, journalists, private investigators and other sources” connected to the allegations of misconduct against media figures including Harvey Weinstein.

The series will premiere on Monday, July 12 with two episodes airing back-to-back each week. Read full episode descriptions below and check out a trailer for the series above. 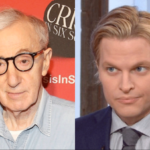 Fenton Baily and Randy Barbato (“Carrie Fisher: Wishful Drinking”) are directors and producers on the docuseries via World of Wonder. Farrow also serves as an executive producer.

The series is produced by Mona Card, produced and edited by Francy Kachler and produced by Unjin Lee. For HBO, Tina Nguyen is senior producer, and Nancy Abraham and Lisa Heller executive produce. 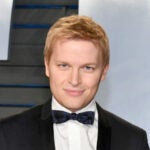 Episode 3: The Assistants
Debut date: MONDAY, JULY 19 (9:00-9:30 p.m. ET/PT)
A former assistant at Weinstein’s company, Rowena Chiu, speaks out about her experiences with Weinstein’s predation, the difficult choices she and fellow assistant Zelda Perkins made to try to hold him accountable, and her decision to remain silent for decades.

Episode 4: The Producer
Debut date: MONDAY, JULY 19 (9:30-10:00 p.m. p.m. ET/PT)
Rich McHugh discusses producing the story with Farrow at NBC News, interviewing Rose McGowan and numerous other sources on camera, and his dawning realization that the reporting was being shut down behind the scenes.

Episode 6: The Spy
Debut date: MONDAY, JULY 26 (9:30-10:00 p.m. p.m. ET/PT)
Undercover spy Igor Ostrovsky talks about being hired to track and gather intelligence on Farrow, and the unexpected turn of events that prompted him to become Farrow’s source. The Citizen Lab’s John Scott-Railton also talks about the rise of private espionage and its consequences, as well as efforts to combat it.