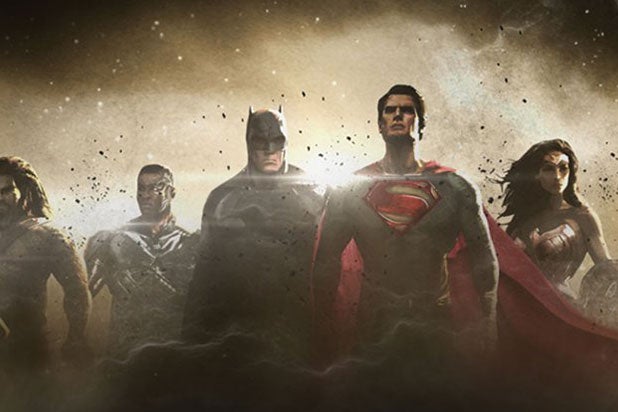 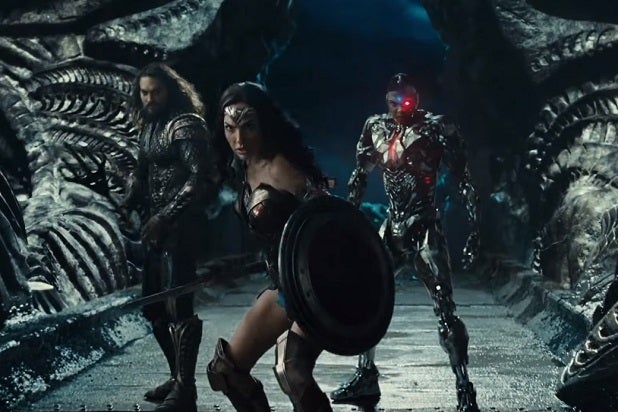 This hero shot of Wonder Woman (Gal Gadot), Aquaman (Jason Momoa) and Cyborg (Ray Fisher) didn't make the movie -- and neither did whatever location they're standing in. 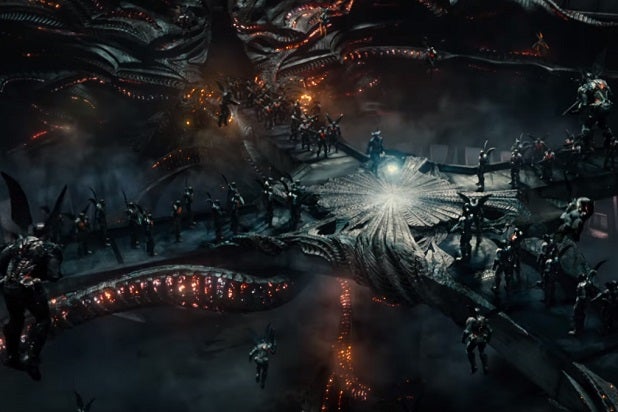 This location appears to be a different version of the cross-shaped platform at the center of the abandoned nuclear reactor Steppenwolf works from in the movie, but it never ends up looking so thoroughly thoroughly alien in the finished film. This old version of that space may have been somewhere else -- like inside Steppenwolf's spaceship that he keeps teleporting down to Earth from but which we never actually see in the movie. 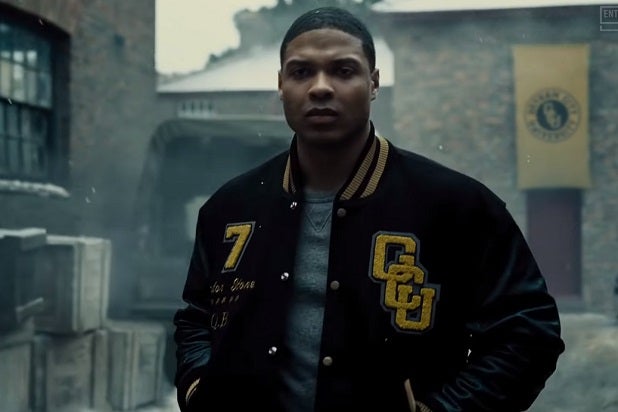 There were two trailer shots that showed Victor Stone in his pre-Cyborg state, but none were in the movie. 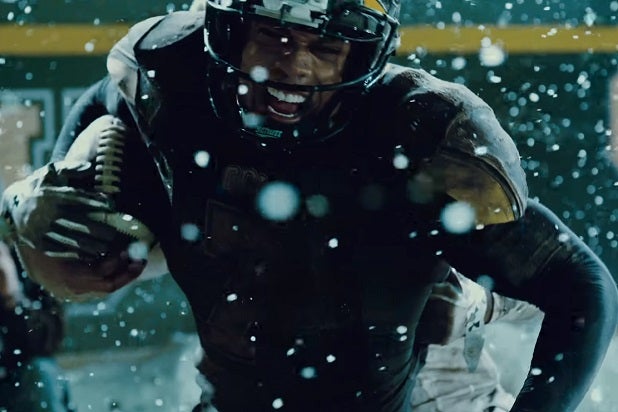 Here's Victor Stone playing football, another pre-Cyborg bit for him that didn't make it in. 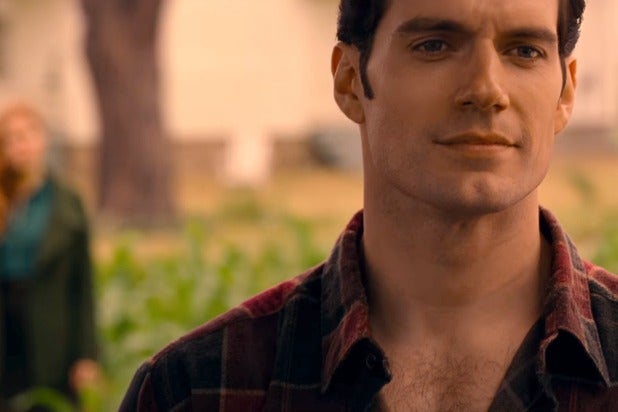 There is a big cornfield scene between Clark (Henry Cavill) and Lois (Amy Adams) in the finished film but either it's different from this one one -- in which Clark says that he'll take her wearing his engagement ring from "Batman v Superman" as a yes to his proposal -- from the trailer or this was a part of that scene that didn't make it in. The cornfield scene in the finished product, notably, is one of those where Henry Cavill has his "Mission: Impossible" mustache being covered up by CGI, and that is very obviously not happening in this shot here. 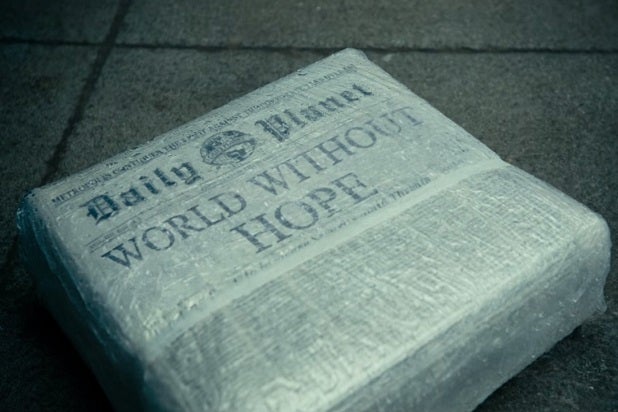 Though the "Justice League" opening credits did feature a montage of people being terrible without the moral compass of Superman to guide them, this bit with the "WORLD WITHOUT HOPE" newspaper headline was not among those shots. 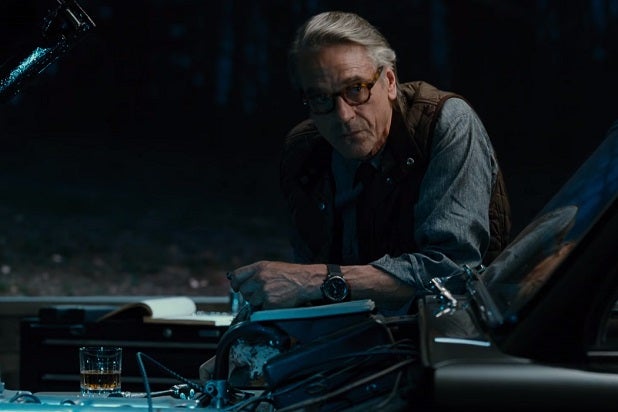 There's a scene in which Alfred (Jeremy Irons) is talking to someone offscreen (it's implied that it's Superman) in the batcave. Based on the dialogue we'd guess that Superman visited Alfred to find out where the other Justice League pals had gone to fight the final battle -- Superman, as you'll recall, simply shows up midway through that fight. 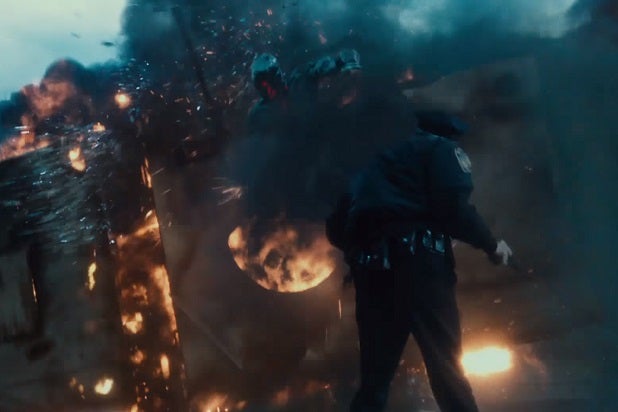 There was a bit in one of the trailers where Cyborg saves a man from being nailed by an exploding tank, but there were no tanks at all in the finished film so it's tough to guess where this fits in. 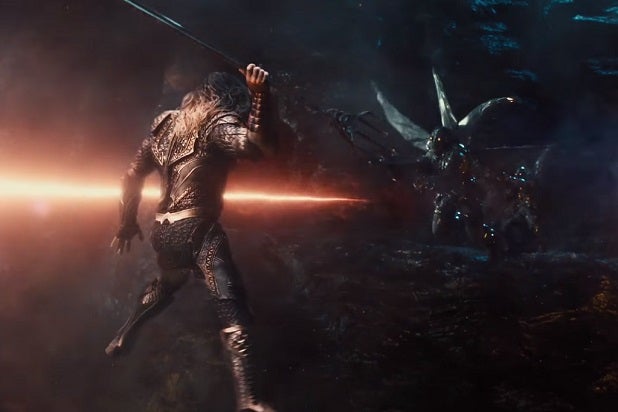 Aquaman did spear a lot of bug people in the finished movie, but this bit where he spears two at the same time didn't make the cut 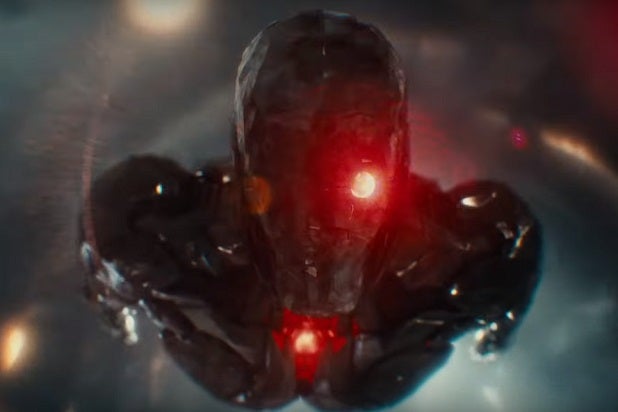 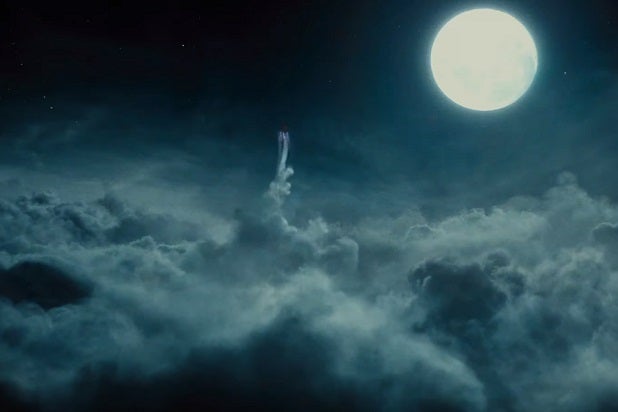 The trailer implies this shot is of Cyborg flying above the clouds, and while we do see him fly around a few times we never got this particular bit. 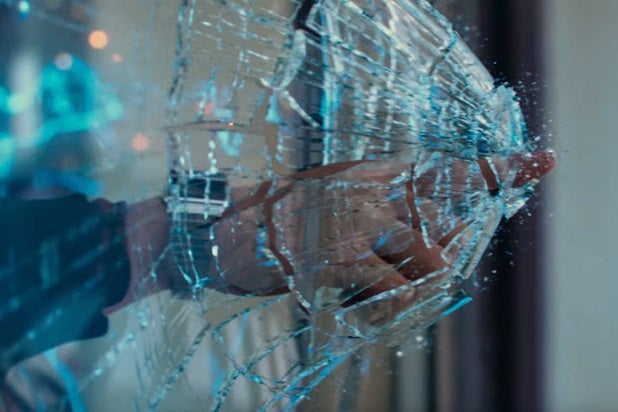 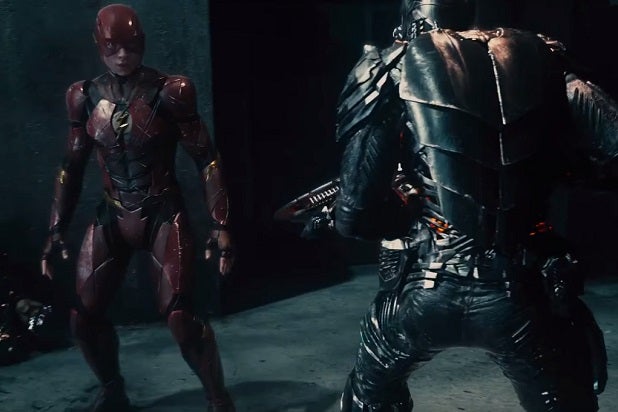 Here we see the Flash (Ezra Miller) fighting an evil soldier. Curiously, that entire type of baddie was cut from the movie -- all of Steppenwolf's forces had wings but this guy looks more like a regular human, a la the soldiers in Bruce Wayne's nightmare in "Batman v Superman." 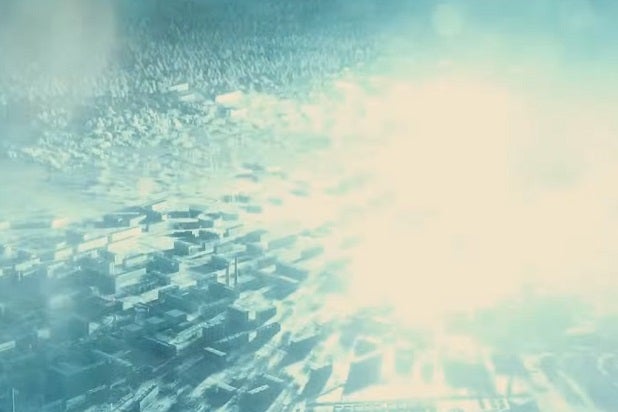 Not sure what this shot is, honestly. 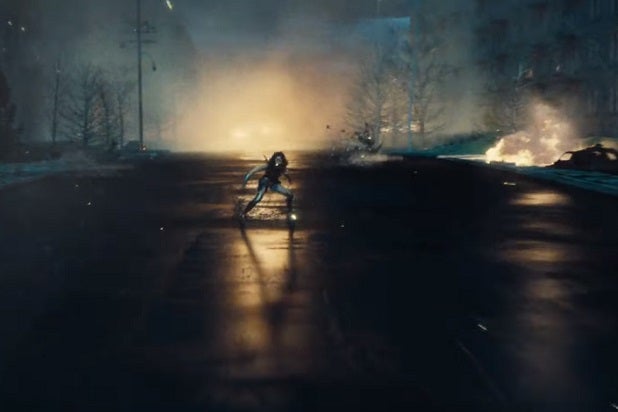 This part, in which Wonder Woman knocks a couple bug guys off the Batmobile, actually is in the movie -- but the color pallette is dramatically different in the finished film, sporting a bright red hue instead.
x
Looks like you're enjoying reading