Netflix released the new original film “Spiderhead” last week, but in addition to debuting a new thriller starring Chris Hemsworth and Miles Teller, the streamer also unveiled a truly killer soundtrack of yacht rock staples – and you can see the full “Spiderhead” soundtrack list below.

Directed by Joseph Kosinski (“Top Gun: Maverick”) and written by Rhett Reese and Paul Wernick (“Deadpool”), “Spiderhead” is based on a dystopian short story by George Saunders and takes place entirely at a facility called – you guessed it – Spiderhead. Run by Chris Hemsworth’s Steve Abnesti, this facility is host to prisoners serving long sentences who have agreed to take part in an experimental drug trial in exchange for more freedoms (there’s an open door policy, snacks and individual bedrooms).

But as Teller’s prisoner character Jeff soon learns, there may be more than meets the eye when it comes to the true nature behind these experimental drug trials. 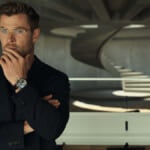 One thing that keeps “Spiderhead” somewhat light in the face of some pretty dark subject matter is its soundtrack, which is largely diegetic as Abnesti is keen on playing tunes throughout the facility. And for a certain generation, these songs hit the spot.

Hall & Oates, Supertramp, The Doobie Brothers and plenty more like them populate the “Spiderhead” soundtrack, which you can stream in its entirety in the Spotify playlist below. But before we get to that, here’s the full tracklist:

Listen to the full soundtrack – which includes the film’s original score by Joseph Trapanese – below. “Spiderhead” is currently streaming on Netflix. 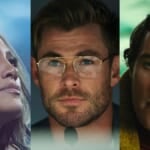