Taylor Sheridan, arguably the busiest man in television, is about to add more to his already overflowing plate: he’ll be showrunning his new Paramount+ series “Lioness,” TheWrap has confirmed.

Sheridan created the series but had tapped Thomas Brady (a veteran of “Hell on Wheels,” “Colony” and “NOS4A2”) to run the show. Brady was present throughout the writers’ room, but now that the writers’ room is out (production is slated to begin in September), he’s stepping back from showrunning duties. The decision was amicable.

“Lioness,” supposedly based on an actual CIA training program, follows a young Marine (played by Laysla De Oliveira) who is recruited to join the Lioness Engagement Team, an elite unit meant to infiltrate and bring down terrorist organizations. Zoe Saldaña plays one of the heads of the program, who is tasked with managing her operatives. 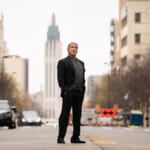 Outside of “Yellowstone,” Sheridan has Sylvester Stallone in “Tulsa King” (coming to Paramount+ in November), “Land Man” starring Billy Bob Thornton (timing TBD) and “Bass Reeves” (which is technically an extension of “1883”) with David Oyelowo (which Sheridan is slated to direct the first two episodes of). Whew. 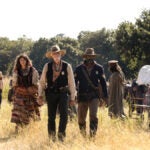