In a discussion of “All Too Well: The Short Film” after it screened at the 2022 Toronto International Film Festival, Taylor Swift revealed that with the right material, she would be game to direct a feature film.

Toronto saw the first 35 mm screening of the film that derives from the ten minute version of Swift’s beloved ballad of the same name. The musician wrote, directed, produced and appeared in the short film alongside starring duo Dylan O’Brien (“The Outfit,” “Not Okay”) and Sadie Sink (“Stranger Things,” “The Whale”).

When Swift’s film won the MTV VMA fro ‘Video of the Year,’ she remarked on how four of the nominees in her category were women. 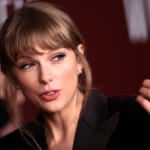 Also Read:
Taylor Swift to Present ‘All Too Well: The Short Film’ at TIFF

“I will always want to tell human stories about human emotion,” she said, according to The Hollywood Reporter. “It’s really beautiful that we’re in a place where the idea of a female filmmaker doesn’t make you roll your eyes or think as skeptically as it once was,” Swift said.

Swift’s potential as a filmmaker comes in large part from her music video background. Over the years, her videos have become more and more layered, revealing Easter eggs on retrospective watch that reference a time in her life, a past music project, lyric or symbol, and even most times — a future project in the works.

“I didn’t go to film school. I’ve been on the set of around 60 music videos and I’ve learned a lot from that process,” she said. “But when I did it on my own, I really began to learn everything, because you have to.” 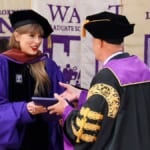 Also Read:
Taylor Swift Class to Be Offered at University of Texas

The first music video Swift directed accompanied a song off her 2019 “Lover” album called “The Man.” In the video, Swift herself undergoes prosthetic makeup and transformation into a male version of herself named Tyler. She has also directed the music videos for singles off her two most recent albums “folklore” — “Cardigan” and “evermore” — “Willow.”

“It was always a part of the process, establishing visuals,” she added. ““The more responsibility I took on, the happier I was.”

According to Variety, Swift also explained the decade-long process of visualizing her “All Too Well” short film. 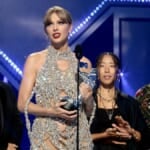 Also Read:
Taylor Swift Wins Video of the Year at the 2022 MTV VMAs

“For me, the song was so tough because it was about something that at that point was very current for me,” she said. “I would have a really hard time performing it at the time. I had to really like force myself to focus on other things to try to get through it during tour. So there would, there would be no world in which I could have made a visual element to that song at that time. I needed ten years of retrospect in order to know what I would even make to to tell a version of that story visually. And I’m so grateful that I was able to do that with some crazy stroke of all these different twists of fate.”

Speculation and Swifties have pointed out that the song and now film resemble parts of her relationship with Jake Gyllenhaal before she recorded her fourth studio album “Red.” In particular, the scarf has gained much meaning, as it has appeared in the “We Are Never Ever Getting Back Together” music video for a song also believed to be about Gyllenhaal.

“Basically, the scarf is a metaphor,” Swift said. “And we turned it red because, because red is a very important color in this album, which is called ‘Red.’ And I think when I say it’s a metaphor, I’m just gonna stop.” 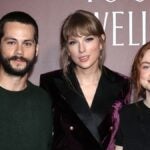 THR’s coverage of Swift’s conversation reports that the singer came away from the TIFF screening with a new perspective on her VMA-winning video.

“I feel like watching it this time, there was a depth to the color and the contrast that I haven’t seen when I watched it before,” she said. “I’m grateful to have shared it with you guys.”

Swift announced at the 2022 VMAs during her acceptance speech for Video of the Year that her brand new album “Midnights” will be released October 21. The Toronto Film Festival lasts until Sept. 18. 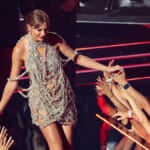