Set to the 10-minute version of the song, Sink and O’Brien star as a young couple going through the ups and downs of a relationship that doesn’t work out.

The film is split into segments like “An Upstate Escape,” “The First Crack in the Glass,” “Are You Real?” “The Breaking Point,” “The Reeling,” “Thirteen Years Gone,” and “The Remembering.” 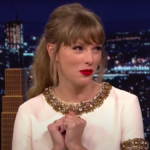 At the end, Swift plays a grown-up version of Sink’s character, who gives a reading of her debut novel as O’Brien watches from outside. You can watch the video belowe to see how it all plays out.

The short film had a screening in front of fans earlier on Friday in New York City at the AMC 13 in Lincoln Square.

Swift released the music video short Friday on the heels of the release of “Red (Taylor’s Version)” — her rerecording of her 2012 album.

On the eve of its release, Swift told “Tonight Show” host Jimmy Fallon how it came about.

“I feel like we gotta explain what’s going on. Like everybody’s so busy and I feel like I should just tell you I wrote and directed a short film based on the premise of the song ‘All Too Well,'” she told Fallon. “So I cast Sadie Sink and Dylan O’Brien — who are incredible actors — in this short film and they could not have blown me away more. It was the most unbelievable experience working with people who are that prepared [and] committed. Just the chemistry between them is on another planet.”

Swift wrote and directed the short, after previously directing her own concert documentary for “Folklore” and a string of her own music videos.

In addition to the short film, Swift has been very busy of late. She recently appeared at the Rock & Roll Hall of Fame 2022 induction ceremony, where she inducted Carole King into the Hall. As part of her dedication, Swift performed a cover of “Will You Love Me Tomorrow?” from King’s seminal album “Tapestry.”

Swift will return to the Studio 8H stage for “Saturday Night Live,” appearing as the show’s musical guest on Nov. 13. She’ll be joined in her fifth appearance on “SNL” by first-time host, “Lovecraft Country” star Jonathan Majors. 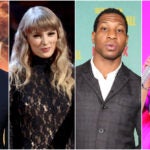