Materials required: one print of the film, with “accurate English-language subtitles.” Official entry form. List of cast and credits. English-language synopsis of the film. Bio and photograph of the director. Photos from the film. Poster. Newspaper or magazine clipping advertising the film during its minimum seven-day run in its home country, dated between October 1, 2008, and September 30, 2009.

So far, we know of 64 official submissions. If recent history is any indication, fewer than 10 more countries will jump into the fray. (Last year, 67 films were eligible; the two previous years, it was 63 and 61.)

From here, volunteer committees drawn from across the Academy will go to work. Judging by what’s happened in the past, controversy will ensue.

My knee-jerk take, based on having seen precisely none of the films: 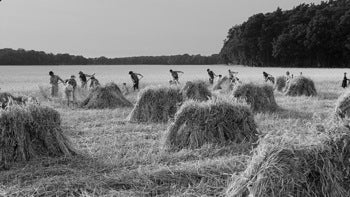 Look good to me, but who knows what the voters will think: Denmark, Poland, Romania, Slovenia, Switzerland.

It’s an honor just to be submitted: Philippines, Serbia.

Here’s the list of the submissions we know of so far. View an expanded list of foreign-language Oscar candidates, with artwork, synopses, comments and links, here.

Albania: "Alive"
Argentina: "The Secret in Their Eyes"
Armenia: "A Magician’s Autumn"
Australia: "Samson and Delilah"
Austria: "For a Moment, Freedom"
Bangladesh: "Beyond the Circle"
Belgium: "The Misfortunates"
Bolivia: "Southern Zone"
Bosnia and Herzegovina: "Night Guards"
Brazil: "Save General"
Bulgaria: "The World Is Big and Salvation Lurks Around the Corner"
Canada: "I Killed My Mother"
Chile: "Dawson, Island 10"
China: "Forever Enthralled"