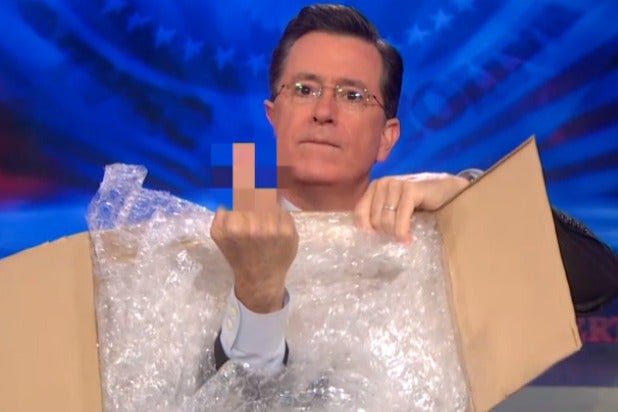 Stephen Colbert is coming to the defense of his publisher, Hachette, in its fight with Amazon.

In a dispute over e-book pricing, Amazon has made some Hachette books unavailable for pre-order, made them harder to search, and delayed shipments by weeks.

He said the dispute is important because Amazon has such a hold on the book market.

“Amazon controls around 50 percent of all book sales — that’s right, 30 books a year,” he said.

So the host produced an Amazon shipment of his own, which he said was from him and fellow Hachette authors J.K. Rowling and Malcolm Gladwell. He opened a box to reveal… his middle finger.

“Hey Amazon. Customers who enjoyed this, also bought this,” he added, and then gave Amazon another middle finger.