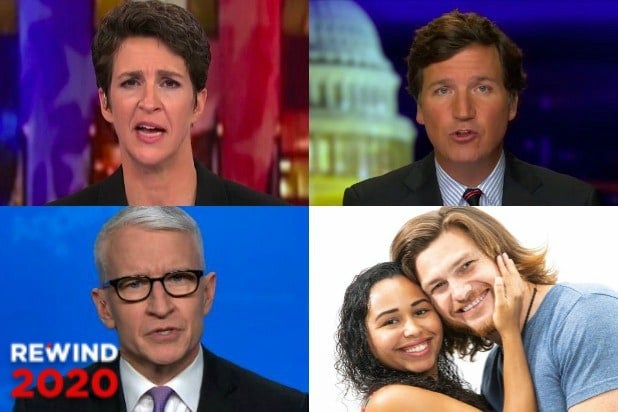 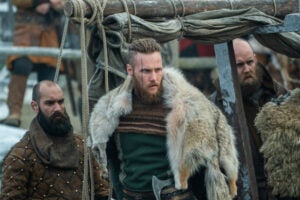 119 Cable Channels Ranked by 2020 Viewership: A Good Year for Cable News (and TLC)

Fox News was again the most-watched cable channel in primetime, but there were a few surprises

Everyone would like to forget 2020. Well, maybe not Fox News Channel, MSNBC and CNN. (Shout-out to TLC as well.)

Fox News was again the most-watched cable channel in primetime, averaging 3.7 million total viewers each night from 8 p.m. to 11 p.m., according to Nielsen’s Live + Same Day ratings. That’s 1.2 million more viewers than last year. Elections are big business, whether or not your side wins.

With very few sports and unlimited politics, MSNBC (2.2 million) leapfrogged past ESPN (1.5 million) to become runner-up on the year. CNN (1.8) also surpassed the sports channel, making a huge move from ninth place in 2019 to third place in 2020.

Behind the main cable news channels were ESPN (fourth) and HGTV (fifth, 1.2 million).

USA Network fell out of the Top 10, making way for TLC. USA ended up in 13th place.

Rounding out that group of the 10 most-watched cable channels of 2020 were Hallmark Channel, TBS, TNT and History Channel.

By this point in the story, you’re probably wondering what channel finished 119th out of 119. That would be Comedy.TV. Again.

Also Read: How 'The View' Is Pulling Even More Viewers Now Than in 2016

HGTV and Hallmark jumped ESPN to make the Starting 5. Nickelodeon, Food Network, ID and TNT rounded out the Top 10.

Just like in primetime, USA Network again fell out of the Top 10. While Nick did not, it had a pretty unfortunate fall from fourth place to seventh place.

Poor Comedy.TV brought up the pack once more here with an average of just 2,000 viewers. Wonder what kind of programming they air anyway…

Also Read: Nielsen Will Finally Combine Linear and Digital Viewing Into One Number - but It'll Take a Few Years

Below, we’ve ranked the cable channels based off of Live + Same Day ratings and not include delayed viewing. While there is certainly a very good argument to have included DVR viewing, in a year when sports were at a premium and news was more vital (and abundant) than ever, we stuck with the way those mediums are almost entirely consumed.

We studied the rankings with one week of delayed viewing, and not a whole lot changed. In primetime, for example, TLC leaps over HGTV, History and the otherwise 11th-place Discovery Channel also move up, dropping TNT out of the Top 10.

And in terms of total day (6 a.m. to 6 a.m., Monday through Sunday), the results and rankings look like this: