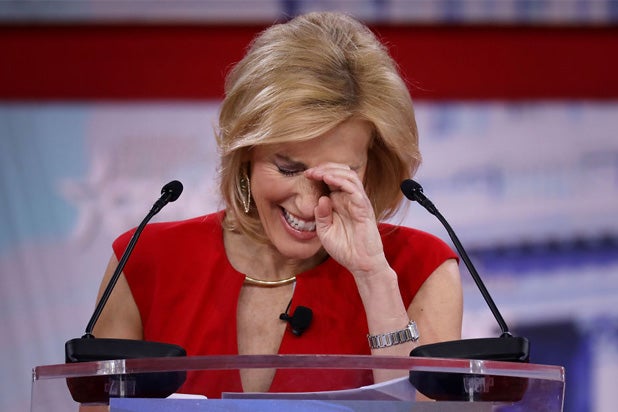 Ace had quietly severed its ties with Ingrham, but told TheWrap that it will no longer advertise on “The Ingraham Angle.”

“I can confirm that we do not have any plans to nationally advertise on Ingraham’s show in the future,” a spokeswoman for the company said.

Ace Hardware ads were featured twice on Ingraham’s show between March 19 and March 28, according to a list published by watchdog group Media Matters. Ace joins a list of companies that pulled ads following a tweet by the anchor widely seen as mocking Hogg. Hogg responded by calling for a boycott.

Ingraham subsequently apologized for her tweet. Fox News has since issued a statement throwing its support behind Ingraham and assuring her viewers that she will be back.

“We cannot and will not allow voices to be censored by agenda-driven intimidation efforts,” said Jack Abernethy, co-president of the 21st Century Fox-owned cable outlet, in a statement. “We look forward to having Laura Ingraham back hosting her program next Monday when she returns from spring vacation with her children.”

Ingraham launched her show last October to strong ratings. The Fox News host announced Friday that she would take a two-week vacation, which she said was pre-planned.

The tweet that got Ingraham in trouble referred to Hogg saying he had been rejected by UCLA and several other colleges.