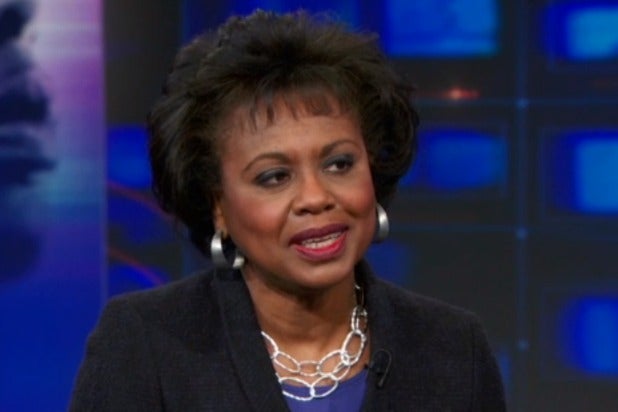 Anita Hill told Jon Stewart how much America has changed since she faced down 14 white male senators in 1991 to testify that Clarence Thomas sexually harassed her.

Hill is the subject of the new documentary “Anita,” which recounts how she was subpoenaed to testify against Thomas, her former boss at the Equal Employment Opportunity Commission. The Senate voted to approve him for the Supreme Court despite her testimony.

“It wasn’t as though the Democrats were any more equipped to deal with this issue than the Republicans were,” she said in an exclusive “Daily Show” interview Thursday. “It was really the Senate just seemingly being clueless.”

She said the sight of white men belittling her claims illustrated “what a failure to have a representative body in the Senate actually results in. … You had people in the Senate saying, ‘Well, sexual harrassement, what is this? None of us in here know anything about that.”

Said Stewart: “I’m sure they would go back and they would talk to some their staffers and say, ‘What is this stuff?” and the staffer might be thinking to themselves, ‘It’s that thing you do in the morning, to me.”

Hill noted that the number of women in the Senate has increased to 20 today from two in 1991. Women began making gains in 1992 — the year after her testimony.

“Women had had enough,” she said. “They said we’ve had enough, we’re not gonna take it, and yes, it’s going to be difficult, but it’s not the unknown that was sort of held out there before. They were willing to risk it. And some were successful and some have not been so successful.”

She also noted that men in power have lost the ability to “keep people in their place” through language and discrimination.

“I’ve actually heard people lament the fact that they now have to think about what they say,” she said. “God forbid.”