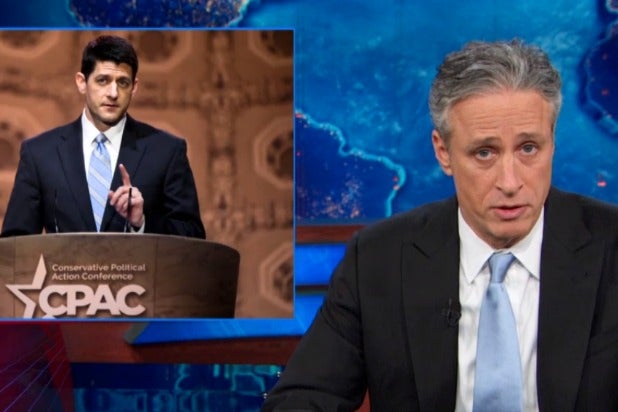 Paul Ryan recently told a story of a little boy who didn’t want a free school lunch, but rather a lunch in a brown paper bag — because it would mean someone at home loved him.

The problem was, it was a mangled, distorted version of someone else’s story — and the boy in the story, now an adult, advocates for school lunch programs, as the Washington Post reported. On Monday’s “Daily Show,” Jon Stewart took Paul’s lie apart.

Paul said he had heard the tale from a woman serving in the cabinet of Wisconsin Gov. Scott Walker, and that it proved that school lunch programs provided “a full stomach and an empty soul.”

Of course, Ryan isn’t one to get too bogged down on facts: Remember when he cut more than an hour off his marathon time?