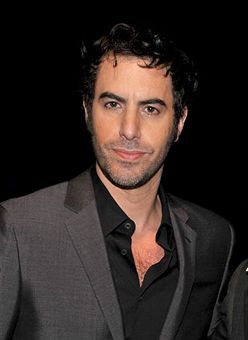 Update 3/16 – 2:19 p.m. PST: "Kick-Ass" star Chloe Moretz and Asa Butterfield ("The Boy in the Striped Pyjamas") have also joined the cast, Deadline reports. The latter will star as the title character, while the former will play the lead female role of Isabelle… I wonder if either of them have even seen a Scorsese movie before.

Sacha Baron Cohen and Ben Kingsley are in talks to star in Martin Scorsese’s adaptation of Brian Selznick’s children’s book "The Invention of Hugo Cabret," according to Deadline New York.

Set in 1930, the title character is a 12-year-old orphan who lives in the walls of a Paris train station. Insiders tell DHD’s Mike Fleming that Baron Cohen will play the station inspector, while Kingsley will play silent filmmaker George Melies, who has an important part in the story.

The project reunites Scorsese with screenwriter John Logan ("The Aviator"), producer Graham King ("The Departed") and Kingsley, who recently starred in "Shutter Island" for the director.

With his attachment, Baron Cohen continues to put his trust in A-List directors with the hope of diversifying his brand, as he did by memorably playing Adolfo Perelli in Tim Burton’s "Sweeney Todd."

"Cabret" is expected to be produced through the overall distribution deal that King signed with Sony Pictures Worldwide Acquisitions last year.