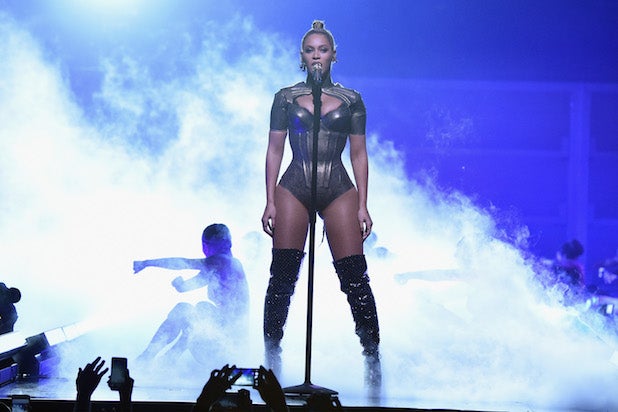 Beyonce struts on stage, swagger beaming off her couture bejeweled bodysuit. A glittery halo of Girl Power envelops her — it’s so palpable you feel fierce just witnessing it. In addition to our verbal language, our body language projects another aura of confidence or lack of it. Queen Bey commands attention even standing still — perhaps more so as she stands still. Hands on hips, shoulders back, head tilted upwards, she occupies space in a way that communicates confidence and authority.

She is a natural “Power Poser,” and studies find that Beyoncé probably feels pretty awesome standing this way too. It turns out that posture and presence have a boomerang effect. A strong pose makes people feel powerful, and it has others see them as powerful.

Social psychologist Amy Cuddy, an associate professor at Harvard Business School, became an internet sensation after her 2012 TED Talk on “Power Poses.” Cuddy’s research found that when people make themselves physically big — stretching out, taking up space, putting hands on hips Wonder Woman style — they can raise their testosterone levels, lower anxiety, and temporarily elevate their confidence. Shockingly, your body language can affect your physiology.

Also Read: Beyoncé Is Officially the Queen of Social Media: Makes Around $1 Million Per Post

Studies find that how we stand and our overall presence has a huge impact on how we are perceived and even how we feel about ourselves. But obviously our posture is only part of what we do that impacts how we present to the world. The language we use over email, in person, and our tendency as women to apologize, can inadvertently diminish our power. Much has been made over the past few years about women’s overuse use of “sorry.” It’s a trendy verbal tic that can be used intentionally as a way to deflect seeming too forward or simply dropped into conversation out of habit.

But here’s the thing — this cultural habit to use sorry as a social lubricant is no accident. It comes from an entrenched place in our society where women who appear too forward risk not being liked and not being liked is a big deal. This is the double bind and the ultimate conundrum women face in the workforce.

Studies show that women who are likable are not received as competent and that women who perform well in their jobs are not well liked. When women conform to gender stereotypes and appear nurturing they are not viewed as strong leaders. But when women take on typically male leadership traits such as being assertive and direct, they are seen as too strident and not personable. And likeability goes a long way. Research finds that it’s not always the smartest person in the room who gets the job — it’s often the one who people like the most.

This is something that Hillary Clinton and many other women in leadership know too well. We saw it dog Hillary all through the presidential campaign. She was accused of being too shrill, not smiley enough, and not likable. No one challenged her competency, but that, in the end, didn’t matter.

This double bind not only touches women as high level as Hillary, it impacts all of us.

After one particularly personal performance review at a tech start-up, I was told that I came across as too harsh. Because I worked remotely and most of my communication with the team was over the phone, my boss said that others felt I wasn’t friendly enough. Basically they thought I was a bitch. Where I thought I was direct, others found me abrasive. I was horrified and tried to change my tone.

At my next job at Grey advertising, I started adopting the “sorry” approach that I saw my other female colleagues breezily slipping into conversation. In an office full of hotshot guys, my “sorry” worked like a charm. No one thought I was too direct or bitchy, because, well, I wasn’t. I had dialed back on my assertiveness. My sorry became almost deferential, “Sorry, how I can I share my plan with the team?” “Sorry, can I ask you a question?”

Also Read: Comedian Katherine Ryan on Why She Aspires to Be a 'Strong Black Woman?' (Video)

Ironically, a shampoo ad produced by Grey while I was working there immediately ended my apologizing. I was now suddenly sorry for using “sorry.” The Pantene ad spoofed women’s tendency to apologize. In various scenes the women apologize not for being rude or hurting someone but for asking questions or simply taking up space.

No doubt we are in the zeitgeist of “sorry,” and if we needed any more confirmation of its popularity, we need to look no further than to our reigning culture queen, Beyoncè. In April 2016, Beyoncé released “Lemonade,” an album with song lyrics wrapped in innuendo that begged for examination. Had Jay-Z really cheated on Bey? Beyoncé’s song “Sorry” with a literal chorus of “Sorry, I ain’t sorry,” seemed to be outing her husband’s infidelity but making clear that as a fierce and independent woman, Queen Bey would never apologize.

The song inspired Lena Dunham, the actress, writer and director to discuss her near pathological relationship with “sorry.” Weeks after the “Lemonade” debut, on May 25, 2016, Dunham posted a piece on LinkedIn titled “Sorry Not Sorry: My Apology Addiction.” Perhaps it’s telling that Dunham, the millennial emblem of modern day feminism and unfiltered fearlessness, is also not immune to the instinct to apologize. It’s a habit that plagues even the bravest among us.

Rebecca Lakoff, author and professor Emerita of linguistics at University of California, Berkeley, says that we are conditioned to see leaders a certain way — and that way is very alpha male. The bombastic, finger wagging style that we saw all during the election season from Bernie Sanders to Donald Trump.

But that doesn’t fly for female leaders. Lakoff argues that we need to get over this whole double bind business when it comes to disrupting the natural bias we have against female leaders. We need to rethink how we listen to and evaluate women — and yes, we need to stand tall, hands on hips, and stop saying sorry.

"Sorry," Beyoncé
This song served as the biggest "f--- you" to anyone who ever did you wrong in life.
View In Gallery
BIO Wendy Sachs
Wendy Sachs is a master of the career pivot. She is the author of “Fearless and Free: How Smart Women Pivot and Relaunch their Careers." An Emmy-award winning TV news producer, Wendy has worked at Dateline NBC, Fox and CNN. She was also a Capitol Hill press secretary, public relations executive, CNN contributor and editor-in-chief of Care.com. Wendy also worked as the on-air spokesperson for Trip Advisor. A frequent speaker, Wendy has written about work/life balance and women’s issues for multiple publications and appeared on dozens of radio and TV shows including "Today," "Good Morning America," Fox, MSNBC and CNN’s Headline News. Wendy is also the author of “How She Really Does It: Secrets of Successful Stay-at-Work Moms.”

Wendy Sachs is a master of the career pivot. She is the author of “Fearless and Free: How Smart Women Pivot and Relaunch their Careers." An Emmy-award winning TV news producer, Wendy has worked at Dateline NBC, Fox and CNN. She was also a Capitol Hill press secretary, public relations executive, CNN contributor and editor-in-chief of Care.com. Wendy also worked as the on-air spokesperson for Trip Advisor. A frequent speaker, Wendy has written about work/life balance and women’s issues for multiple publications and appeared on dozens of radio and TV shows including "Today," "Good Morning America," Fox, MSNBC and CNN’s Headline News. Wendy is also the author of “How She Really Does It: Secrets of Successful Stay-at-Work Moms.”