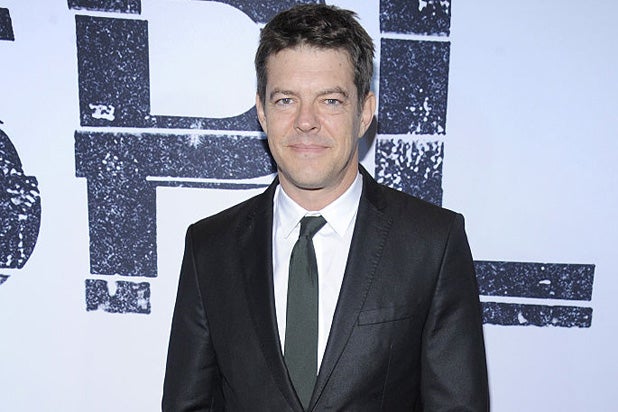 M. Night Shyamalan’s “Split” topped the box office for three straight weekends earlier this year, grossing more than $112.5 million at the domestic box office on a $9 million budget. But winning big with small bets is par for the course for Jason Blum, the CEO of Blumhouse, which produced the film along with Universal.

During a Monday afternoon session at the Code Media conference at the Ritz-Carlton Laguna Niguel in Dana Point, California, Blum shared a little bit of the recipe behind his success, as Blumhouse has built a thriving business focusing on low-budget horror movies. The biggest key is keeping costs way down, but another is not being stuck on a theatrical release.

“We don’t decide how a movie will be distributed until it’s finished,” Blum said. “It might be on iTunes, it might be on 3,000 theaters, but we make that decision after the fact.”

Blum also expects theatrical windowing — which prevents movies from being shown on home video or pay-TV platforms for months after their release — to narrow in the near future. And that doesn’t bother him at all.

“It makes no difference to me,” Blum said. “We can monetize the movie on their watch, on their TV.”

That’s despite the fact that Blumhouse movies that do make it to theaters, like “Split,” tend to reap an outsized share of their total revenue from the big screen.

“Scary movies do much worse [in ancillary and video-on-demand revenue], most of the revenue comes in from theatrical,” Blum said.

While Blumhouse’s budget-conscious filmmaking has proven its success in theaters, it hasn’t translated as well to the smaller screen. Blum attributes that to a healthier TV ecosystem, boosted by Netflix and Amazon’s billions.

Blum said Amazon and Netflix haven’t honed in on Blumhouse’s low-budget horror feature turf yet, but their super-sized TV production budgets do mean they compete for actors.

The good thing is, Blum said, high-priced talent isn’t necessary at all to make a hugely profitable horror movie.

“With most other genres you need movie stars,” Blum said. “With horror, you just need a story.”

That’s why horror works so well for Blumhouse’s penny-pinching strategy, which the CEO repeatedly returned to as the key to his success.

“We’ve done best with movies that have been kicking around and everyone said no [to],” Blum said. “It’s not that we’re great risk takers, we’re doing it for much less money than anyone would do, so we can try weird stuff.”

One of Blum’s few regrets — he didn’t land the rights to seven-time Golden Globes winner and Best Picture favorite “La La Land,” even though Blumhouse produced director Damien Chazelle’s previous film, “Whiplash.” Blum said a blown-off lunch appointment may have played a big role — and he’s still not over it.

“I’m actually going to New York for the Oscars because I can’t take it,” Blum said.