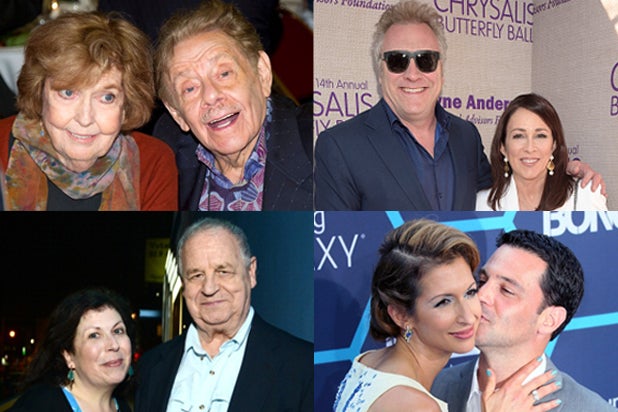 Three years ago after one particularly dark night of my marital soul, I remembered something people always say to me whenever I tell them I do stand up. “Stand-up comedy? I could never do that, that’s the hardest thing in the world!” Really? I thought, curled up in the fetal position on our bed, because I think maybe marriage is a little harder. I mean, even a bad stand-up set is over in an hour and if you bomb you can always have sex with a waiter, but this marriage gig could last a really long time.

Don’t get me wrong, I love my husband. I need to say this plainly because since my book, “Take My Spouse, Please” has come out, highlighting some of our more difficult moments over the years in order to illustrate the healing power of some shared laughter, I have been accosted, often by concerned men.

“Your husband is very brave,” they lean in and say to me, like they’re talking about a decorated war hero. Yes, he is. He is brave and smart and kind, unless something isn’t funny, then he quickly becomes irritated and embarrassed. So that was the caveat with which he allowed me to expose the crevices of our marriage: Make it funny.

I guess I married the right guy.

But we don’t have the perfect marriage. Now I know why. After interviewing over a 100 couples who had been together from 14 to 60 years, I can report that no one does. To be in a happy marriage, which was has always been my goal, the sooner you let that expectation go, the sooner you can actually start having some real fun together. The couples I admired still laughed together after decades. I wanted a book that told me how to do this. I couldn’t find one, so I decided to write it.

I live in Los Angeles, home of the funny people. Which is not to say that every funny person you meet here is in a happy, loving, mutually satisfying relationship, because that’s a crazy thing to say. But because of a show I had produced about family life called, “Afterbirth” that featured many of the funniest parents in town, I had gotten to know a few couples who not only were masters of creating comedy, they were also passionate about creating family life.

What follows are excerpts from my interviews about long-term love and laughter from some of these courageous, happy spouses.

I have known Jerry Stiller and the family for over 25 years. I was a fan of his marriage and the irreverent, laugh-out-loud humor he shared with his late wife Anne Meara long before we met. I was thrilled to be able to sit down with Jerry and talk a bit about his marriage a few months before Anne passed. What I was most curious about with these two comedic geniuses, was how or if competition affected their 61-year relationship.

“People saw the two of us together, so there was no reason to compete. People would stop and say, ‘Oooh she’s tall and beautiful and good-looking with nice red hair and he’s a little Jewish boy, so what’s she doing with a guy like him?’ That’s always what went through people’s minds. We’d be on the street and people would yell out, ‘She’s the funny one,’ because she was the funny one.”

Then he said what turned out be one of the more illuminating truths of happy long-term couples: “We needed each other.”

As someone who hates asking my husband for a phone number, this admission of vulnerability to Anne was very moving.

Alysia Reiner (“Orange Is the New Black,”) has been with her husband David Basche (“The Exes,”) “for more than half my life.” This summer they celebrated their 17-year anniversary. These actors are not shy about agreeing with a point I drive home in Chapter 3. Sex is to marriage what jokes are to a comedy audience: without it the natives get restless. “You have to make the time to have sex,” Alysia told me. “Even if you feel too tired, you’re cranky, you’re upset about something, make the time to have sex.” “Everything is better afterward. Everything,” David added.

Character actor Paul Dooley, married to writer Winnie Holtzman for 27 years, had real doubts about walking down the aisle a third time. He’d been through an ugly divorce once and there was the matter of what Winnie refers to as their, “sick fucking age difference.” She’s not wrong, 28 years is nothing to sneeze at.

Paul went for it anyway and has been showing up as a devoted spouse ever since. Showing up is something I take very seriously, both in comedy and marriage, which is why it’s discussed in great detail in Chapter 1. If you don’t show up for each other in marriage, if one or both of you is checked out, there really is no marriage to speak of.

What amazed Winnie was how much Paul showed up as a father, particularly because he did not want to have another child on top of the three he already had. Paul recalled, “She wasn’t breaking my balls about it, but she’s telling me it would be nice to have a child.” At the time, he wasn’t even sure he wanted to get married again. He continued, “She says to me, not her exact words, ‘I know you’ll kick off before I do, but I just want a piece of you left behind for the rest of my life.’ Now, really, what man is going to say ‘Nah, no thanks,’? It really touched me.”

Patricia Heaton, married to her husband actor David Hunt for 23 years, had a lot to say about the quest for a happy marriage. This particular piece of advice sounded very much like what I tell beginning comics sitting in comedy clubs listening to their peers going on and on about their agents and their deals and feeling like failures. “Never compare your marriage to what you think you see going on between a couple. You have no idea what is really going on. I had one friend and her husband showed up to every school function with a smile on his face and I’d think, wow she really scored, what a guy. Until one day I complimented her about it, ‘Oh please,’ she snapped and rolled her eyes, ‘I have to drag him here and then he gets all the credit for being so great.'” David caught the end of this anecdote and jumped in, “The grass is never greener over there.” “Never,” Patricia added.

Also Read: 19 Families Exploited for Reality-TV Stardom: 'The Osbournes' to 'I Am Cait' (Photos)

One of the most important lessons about happy long-term marriages for me was some wisdom from Emmy-winning comedy writer Lew Schneider and his wife of 33 years Liz Abbe. As a comic, this one was a real shocker. Apparently, you don’t have to say the first thought that comes in to your head to your spouse. In a club this kind of impulsiveness is exactly what audiences are paying for, to hear you blurt out the stuff they don’t have the courage to say. Here my friends, is the fork in the road between the life of a comic and the life of a spouse. Turns out, this impulsive, unedited form of expression is not very effective in marriage. After more than three decades together, and raising three boys, what they both said to me, practically in unison was, “You’ll never regret what you didn’t say, but you may regret what you did say.”

Words to stay married by, my friends.

View In Gallery
BIO Dani Klein Modisett
Dani Klein Modisett is a comedian and writer who has been working in the comedy world for the past 20 years. She created and produced several live shows, most notably "Afterbirth ... Stories You Won't Read in a Parenting Magazine," which ran for 10 years in Los Angeles and several major U.S. cities. In addition, Dani has written and produced a variety of online video content, including a series for Deepak Chopra, and a short video that is also titled "Take My Spouse, Please," which was featured in the New York Times. Dani is the editor of the anthology "Afterbirth: Stories You Won't Read in a Parenting Magazine" (St. Martin's, 2009). Her writing has been featured in the New York Times, the Los Angeles Times, Parents Magazine, LA Parent Magazine, Mom.me and the Huffington Post. Dani is a graduate of Dartmouth College and lives in Los Angeles with her husband and her two sons. 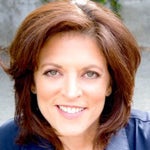 Dani Klein Modisett is a comedian and writer who has been working in the comedy world for the past 20 years. She created and produced several live shows, most notably "Afterbirth ... Stories You Won't Read in a Parenting Magazine," which ran for 10 years in Los Angeles and several major U.S. cities. In addition, Dani has written and produced a variety of online video content, including a series for Deepak Chopra, and a short video that is also titled "Take My Spouse, Please," which was featured in the New York Times. Dani is the editor of the anthology "Afterbirth: Stories You Won't Read in a Parenting Magazine" (St. Martin's, 2009). Her writing has been featured in the New York Times, the Los Angeles Times, Parents Magazine, LA Parent Magazine, Mom.me and the Huffington Post. Dani is a graduate of Dartmouth College and lives in Los Angeles with her husband and her two sons.