DirecTV has named Michael White, vice chairman of PepsiCo, as its new president and chief executive. 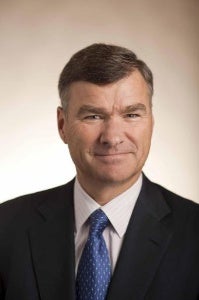 White will take over El Segundo, Calif.-based DirecTV Group Inc. in January and join its board of directors.

"This is an exciting time to be taking the reins at DIRECTV," White said in a release. "It’s a great company with the best television service and a strong brand, offering plenty of opportunities and challenges and I can’t wait to meet both head on.

The appointment was announced Wednesday by DirecTV chairman John Malone.

"After a very thorough search, we have found an exceptional leader with a sustained track record of success, profitably growing businesses and a reputation for making the impossible possible," Malone said in a statement that also thanked interim CEO Larry Hunter.

DirecTV has more than 18 million customers nationwide and another 6 million in Latin America.