The man who accused Don Lemon of sexual assault has recanted that accusation and formally dropped his lawsuit.

“After a lot of inner reflection and a deep dive into my memory, I have come to realize that my recollection of the events that occurred on the night in question when I first met CNN anchor Don Lemon were not what I thought they were when I filed this lawsuit. As a result, I am dropping the case,” Dustin Hice said in a statement, provided to TheWrap by his attorneys.

Hice’s recantation comes just over a month after he was ordered to pay $77,000 in attorneys fees after it was determined that Hice destroyed evidence, along with other discrediting information that came to light. 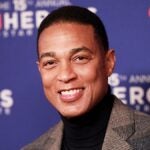 Hice had claimed that in July 2018 in a Long Island, New York bar, he attempted to buy Don Lemon a lemon drop drink, but the CNN anchor refused, according to Hice’s lawsuit. Following the refusal, Hice claimed Lemon came up to him, rubbed his genitals and put his fingers on Hice’s mustache while asking, “Do you like pussy or dick?”

Lemon categorically denied all accusations. In addition, one of the witnesses called by Hice contradicted his claims, and another recanted after initially backing Hice up.