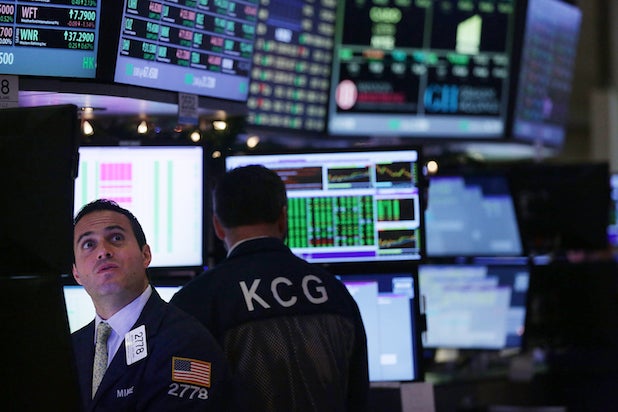 The Dow Jones Industrial Average has reached 20,000 points for the first time in its history. So, go out and buy a sports car.

The 120-year-old index fund has flirted with the milestone recently, coming as close as 0.37 points from the mark in previous weeks. But today was the day, as the Dow finally broke through.

What does Wednesday’s new all-time high mean? Not much, in reality. These giant, round-number benchmarks are more for history, investor mindset and trading-floor high fives than they are for actually making (short-term) bank. Still, a little confidence in the economy never hurt anyone, especially with a new, unpredictable POTUS.

For a little perspective on just how high 20k is and how far we’ve come, “Dow 10,000” was the talk of the market in 1999. Remember when the Y2K computer calendar glitch was gonna kill us all before we could cash out?

Here’s a snapshot of the past month, which includes this morning’s opening moment. 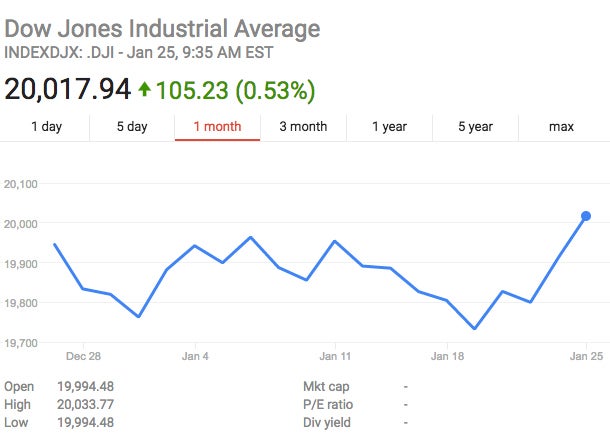 Also Read: What Are the 'FANG' Stocks? A Short Explainer

And here’s how the Dow Jones bas trended all-time: 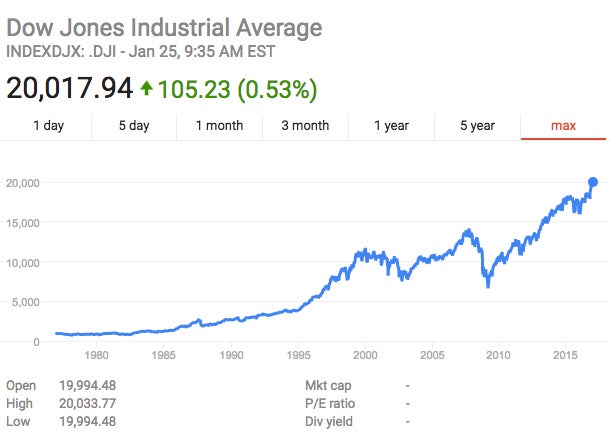 Expect the bars on and around Wall Street to be packed for Happy Hour after the stock market closes at 4 p.m. ET.