So much for president-elect Donald Trump crashing the stock market. 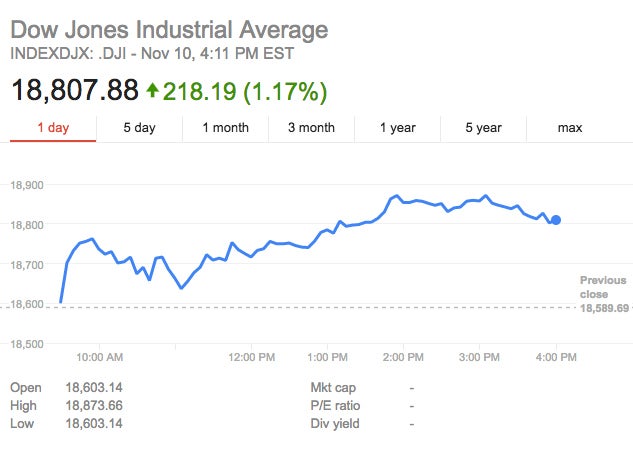 And here’s the index’s history: 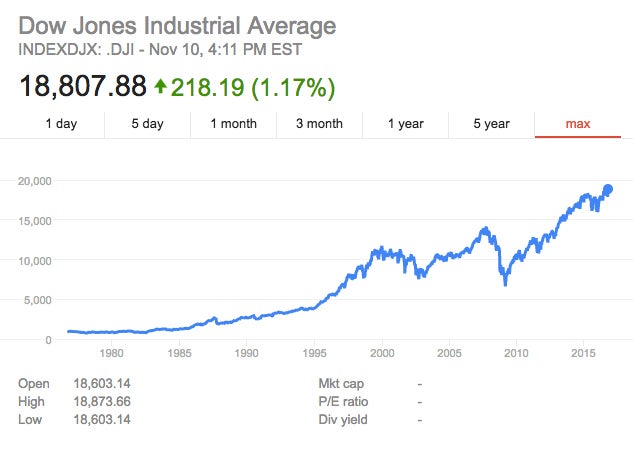 As for the S&P 500, that compilation of stocks had a nice start this morning as well. After settling down, it closed up 4.22 points from yesterday’s 4 p.m. ET whistle. That increase translates to one-fifth of a percentage point.

The S&P 500 had a particularly strong day yesterday — read where that session ranked historically here. 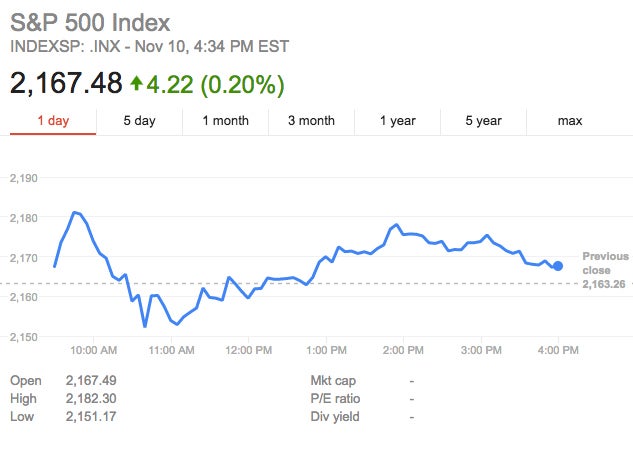 All of this is far better news than most anticipated immediately after a Trump win. Around midnight ET on Tuesday, the U.S. markets dropped hard pre-market when it became likely that Trump would win the White House. They would mostly recover by Wednesday’s early morning hours — though not fully.

The global reaction was even less favorable in the immediate aftermath of early election returns. The Mexican peso tanked by more than 10 percent on currency exchanges, trading at an all-time low for a little while. Asian indexes, meanwhile, began to absorb the U.S. election news as their Wednesday trading day began. Major indexes sank by more than 2 percent; Hong Kong’s Hang Seng was down by more than 3 percent.