Elon Musk is at it again.

To explain: On Monday, CEO Parag Agrawal took to the platform to describe how the company monitors bot activity. Last week Musk said that his plans to buy the company were “on hold” until he could get more information about how Twitter measures and deals with bot accounts.

After doing some tests over the weekend, Musk claimed on Monday that at least 20% of the accounts on Twitter are actually bots; this is an insanely high number and Agrawal took to the platform to dispute the information. (Twitter’s number is closer to around 5% of daily users.)

“Spam harms the experience for real people on Twitter, and therefore can harm our business,” Agrawal tweeted. “As such, we are strongly incentivized to detect and remove as much spam as we possibly can, every single day. Anyone who suggests otherwise is just wrong.”

Musk, ever the gentleman, responded with a poop emoji.

This issue is clearly getting in the way of the takeover bid Musk has mounted. As Bloomberg points out, saying that it has become “a key concern for Twitter management and investors, with some analysts saying it could derail Musk’s takeover deal — or knock down the price. Twitter fell as much as 7.9% to $37.51 on Monday, putting it well below the $54.20-a-share Musk offer that was approved by the board last month.” Yikes.

Whether Musk succeeds in taking over the social media platform, you can probably assume that there will be further outbursts from the Tesla kingpin. But the question remains: what emoji will he deploy? 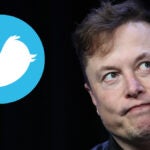