Elon Musk said Friday that his planned $44 billion takeover of Twitter is “temporarily on hold” pending details about the extent of spam and fake accounts on the platform – adding hours later that he is “still committed to acquisition” of the social media platform.

Twitter stock plummeted as much as 20%, to $36.10, in premarket trading on news of Musk’s early-morning tweet — which linked to a Reuters story about the social media company’s estimates about phony accounts. 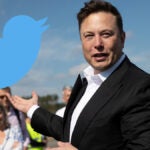 Musk’s tweet referenced a May 2 news story about a Twitter regulatory filing that claimed that spam and fake accounts — something that Musk has vowed to crack down on — accounted for less than 5% of all the 229 million daily active users who are served advertising.

The filing came days after the Tesla CEO clinched a $44 billion deal to acquire Twitter and take it private. On Thursday, Twitter’s general manager Kayvon Beykpour and general manager for revenue Bruce Falck were fired just ahead of the Musk takeover.

Early Friday Morning, Musk sought to assuage fears that the deal had stalled, tweeting that he’s “still committed to acquisition.”

The deal is expected to close in 2022, subject to the approval of Twitter stockholders and regulators. Musk has secured $25.5 billion of fully committed debt and margin loan financing and is providing an approximately $21.0 billion equity commitment. The purchase price represents a 38% premium to Twitter’s closing stock price on April 1.