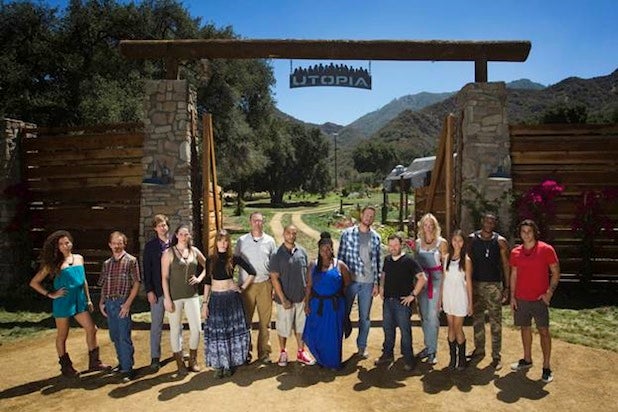 Fox is pulling its ratings-challenged reality series, “Utopia,” from Tuesdays after five weeks on-air. On Nov. 4, “MasterChef Junior” will premiere its second season in the Tuesday at 8 p.m. slot.

Fox’s move for “Utopia” comes one week shy of the show’s previously scheduled run on Tuesdays and Fridays for the first six weeks of airing. The initial plan for the show was that it would continue on Tuesdays. Instead, it will continue to air on just Fridays after this week.

Immediately, the Tuesday at 8 p.m. timeslot will be filled by a rerun of the “Family Guy”-“The Simpsons” crossover event next week. On Oct. 14, it will be replaced by repeats of “The Simpsons” and “Bob’s Burgers.” Major League Baseball will fill the timeslot for the remainder of October.

Fox hopes that “MasterChef Junior,” which averaged a 2.1/8 rating with the advertiser-coveted 18-49 demographic on Fridays during its first season and 5.6 million total viewers, will find new viewers on Tuesdays and improve on its number. It certainly expects that the culinary competition will do better than “Utopia.” Produced by Shine America and One Potato Two Potato, “MasterChef Junior” was originally supposed to air on Fridays starting Nov. 7.

The decision to air “Utopia” on just Fridays arrives just as the show’s ratings evened out for Tuesday’s episode this week, though clearly the number was still not high enough for the network. Managing to stop the bleeding, it pulled even with last Tuesday’s broadcast. It scored a 0.8 rating/3 share, steady with the previous week, and had 2 million total viewers, a slight improvement over last week.

Adapted from a Dutch model created by “Big Brother” and “The Voice” producer John de Mol, Fox’s executive vice president of alternative entertainment, Simon Andreae, preemptively took “Utopia” off the market in January ahead of a possible bidding war.

There was some executive clash within Fox over the show’s costs and whether the Dutch show’s ratings supported the gamble, though Andreae said on a press call that the broadcasting company’s top execs are “pretty happy and relaxed to embrace the risk.”

Fox Television Group co-chairman and co-CEO Dana Walden said in a recent discussion with TheWrap that she and the network’s managers aren’t put off by the numbers and were going to give it some time.

“No one thought we were going to launch a huge ratings juggernaut, but with patience it will grow and we’re going to have patience,” she said at the time.