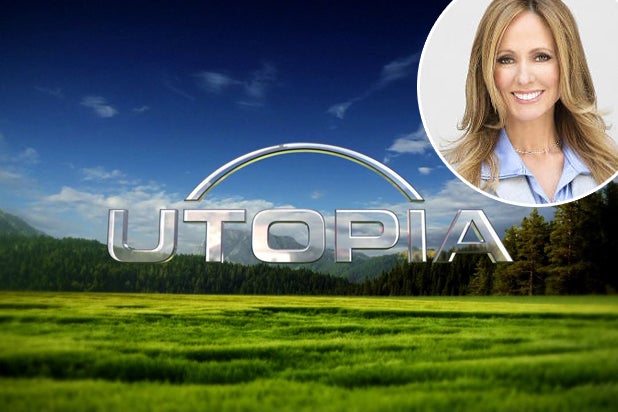 If Tuesday’s “Utopia” time period premiere was regarded as a fall series premiere, and Sunday’s debut treated as a preview, Tuesday’s “Utopia” tied for the lowest fall series premiere on the Big 4 networks, with its 0.9 rating matching the debut of “School Pride” on NBC on Oct. 15, 2010. It also represented a 55 percent drop from Sunday’s ratings.

Numbers like that would usually lead to certain cancelation. But, new Fox Television Group co-chairman and co-CEO Dana Walden said in a discussion with TheWrap on Wednesday that she and the network’s managers aren’t put off by the numbers.

“We like the show a lot. It’s an ambitious idea,” Walden said. “It’s a show that feels familiar but had a great unconventional twist. There’s an aspirational feel to it. But, we launched it really early, maybe before viewers were ready for a new fall show.

“No one thought we were going to launch a huge ratings juggernaut, but with patience it will grow and we’re going to have patience,” she added.

Adapted from a Dutch model created by “Big Brother” and “The Voice” producer John de Mol, Fox’s executive vice president of alternative entertainment, Simon Andreae, preemptively took “Utopia” off the market in January ahead of a possible bidding war.

There was some executive clash within Fox over the show’s costs and whether the Dutch show’s ratings supported the gamble, though Andreae said on a press call last week that the broadcasting company’s top execs are “pretty happy and relaxed to embrace the risk.”