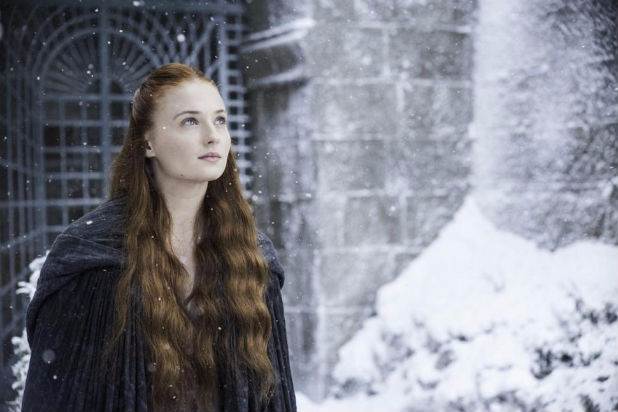 “Game of Thrones” star Sophie Turner thinks her character, Sansa, should start having relationships with women because “the men thing isn’t working for her.”

“In the ‘GoT’ universe, I think she’s going to have to swing the other way,” Turner told Entertainment Weekly. “Judging by Sansa’s relationship with Margaery … probably Margaery.”

Men really haven’t worked out for Sansa in the past five seasons of the hit HBO series. First, she was engaged to marry the psychotic King Joffrey Baratheon. Then, she married Tyrion Lannister out of arrangement. And most recently, she was married to the abusive and demonic Ramsay Bolton.

And Margaery and Sansa did share the screen a couple of times in Season 3, where Margaery even invited the latter to come live with her in Highgarden.

When asked who would be Sansa’s ideal match in Westeros, Turner suggested that Sansa should stay in the family — something that has been explored by Queen Cersei (Lena Headey) and her twin brother Jaime (Nikolaj Coster-Waldau).

“Or [Sansa could hook up with] Arya – because I’d like to see that happen,” Turner added. “I’d love a love scene between Arya and Sansa.”