California Governor Gavin Newsom is calling on the federal government to “do its job” on gun safety after two mass shootings in his state in the span of just three days.

At least 11 people are dead and nine others are injured following a shooting on Saturday at a dance club in Monterey Park, California, during a Lunar New Year’s Eve celebration. In addition, seven people were killed in two shootings in Moon Bay on Monday, including four at a mushroom farm where the suspect was an employee and three at a trucking facility located about two miles away. 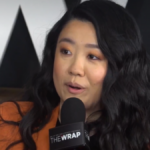 Newsom went on to criticize Republican lawmakers for hiding their inaction on guns behind the guise of “freedom.”

“Freedom from what? To have your kid only do six or seven drills to hide under the desk each and every year as opposed to two or three?,” he questioned. “Freedom from what? Having complete vulnerability being anywhere in a crowd dancing with a loved one on Lunar New Year?” 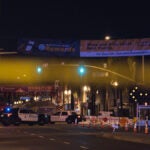 The latest incidents come despite California having some of the toughest gun policies in the country.

On Jan. 1, a new law known as SB1327 took effect, giving residents and state visitors the ability to sue people who violate California’s laws against the manufacturing, distribution or sale of assault weapons, ghost guns and other banned firearms. It also allows lawsuits against gun dealers who violate the state’s law against selling or transferring weapons – besides hunting rifles – to anyone younger than 21.

Watch Newsom’s full reaction via a “CNN This Morning” segment from Wednesday in the video above. 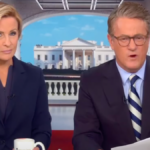