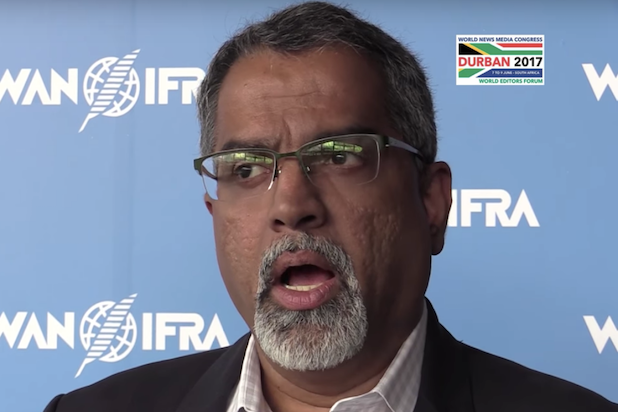 Gizmodo CEO Raju Narisetti will leave the company, the executive announced in a memo to staff on Monday.

“I had asked to step down as CEO of Gizmodo Media Group and with Univision’s reluctant blessing, will be officially leaving later this month,” said Narisetti.

“I said in my very first all-hands that I think leading and managing this special group of journalists is a privilege and something I will never take for granted. I want to thank all of you for allowing me the opportunity to be a part of what is an incredible–and ongoing–journalistic journey at GMG.”

The Narisetti departure suggests that deeper cuts were on the way as Gizmodo’s parent company, Univision, planned to bring Gizmodo Media management under a microscope. A company insider told TheWrap that Univision was looking to mainstream operations by trimming layers of management at GMG.

“The changes are expected to include cuts as well as investment in areas of growth like direct to consumer efforts,” said the insider.

Narisetti joined Gizmodo in September 2016 after the property was acquired by Univision from its troubled former home at Gawker Media. The once-sleepy tech blog was subsequently transformed into the flagship website of the newly rebranded Gizmodo Media Group.

In March, the Wall Street Journal reported that Univision had scrapped plans for an IPO and that its own CEO, Randy Falco would take an early retirement.