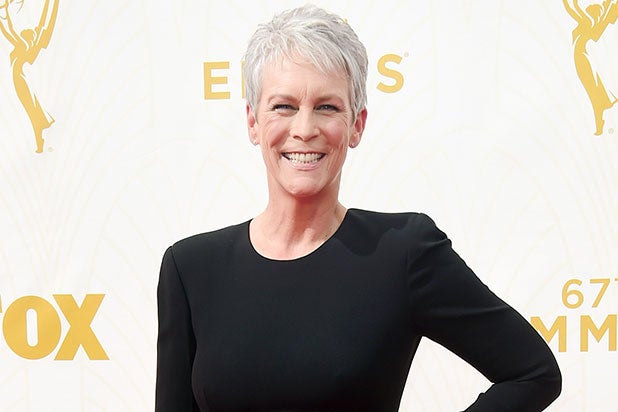 On Friday, CNN dug up audio from a 2004 interview that Trump did with shock jock Howard Stern, in which conversation turned to Lohan, who was in her teens at the time. (Trump was considerably older.)

“What do you think of Lindsay Lohan?” Trump asked Stern. “There’s something there, right? But you have to like freckles. I’ve seen a close-up of her chest. And a lot of freckles. Are you into freckles?”

Somehow it got more cringe-worthy from there.

Curtis didn’t like that much, to say the least.

“How dare you. She needed help.  @realDonaldTrump,” Curtis wrote, accompanied by herself and Lohan in a promotional photo from “Freaky Friday.” “‘Yeah, you’re probably right, she’s probably deeply troubled and therefore great in bed.'”

In recent days, Trump — who has never been perceived to have an overly positive view of women — has been besieged by accusations of sexual misconduct. Most recently, on Friday, former “Apprentice” contestant Summer Zervos came forward to claim that Trump kissed her “very aggressively,” placed his hand on her breast and thrust his genitals during a 2007 encounter at the Beverly Hills Hotel.

Trump denied groping a woman by her looks. “Take a look. You take a look, look at her, you tell me what you think. I don’t think so.” pic.twitter.com/QOyP8SFyGj

Trump has denied those and other allegations of sexual misconduct.