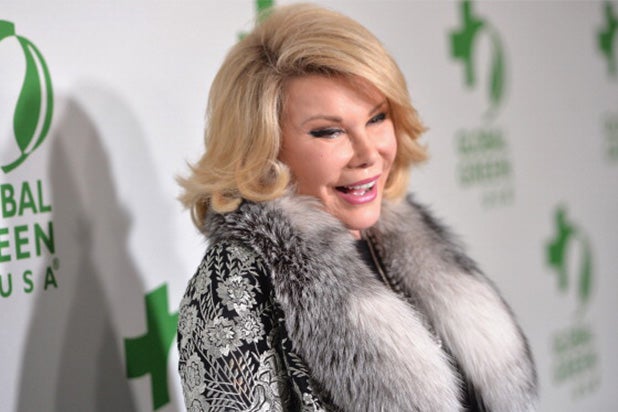 The autopsy of comedy legend Joan Rivers, who died Thursday at age 81, has been completed, but the results are inconclusive.

An examination of Rivers’ body did not yield a firm cause or manner of death, a spokeswoman for the New York Medical Examiner’s Office told TheWrap on Friday. Further studies will be conducted in order to determine how Rivers died, the spokeswoman said.

See video: Joan Rivers Remembered: Late Night Hosts Pay Tribute to One of Their Own

“Fashion Police” host Rivers went into cardiac arrest while undergoing throat surgery at her doctor’s office in late August and was rushed to Mount Sinai Hospital in New York.

The New York State Department of Health is investigating the circumstances of Rivers’ cardiac arrest, with a department spokesman telling the Associated Press that “the whole matter” is being looked into.

A private funeral service for Rivers will be held Sunday at Temple Emanu-El in New York. In lieu of flowers, the family is requesting donations be made to God’s Love We Deliver, Guide Dogs for the Blind or Our House Grief Support Center are encouraged.