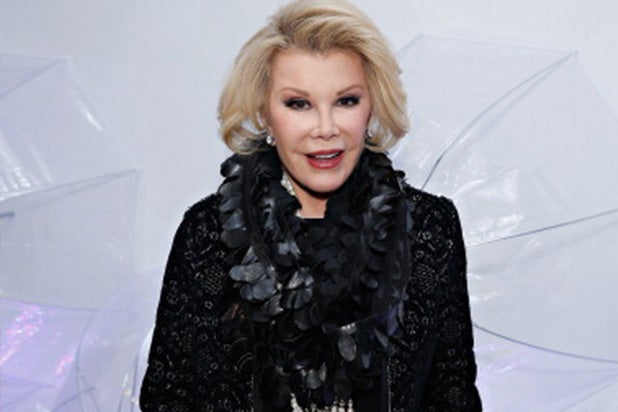 The New York State Department of Health is looking into the circumstances around Joan Rivers‘ cardiac arrest during a procedure at her doctor’s office, the Associated Press reports.

Department spokesman James O’Hare told the AP that officials are investigating “the whole matter.” He would not discuss specifics, and did not immediately return a call for comment from TheWrap.

Rivers went into cardiac arrest during throat surgery at her doctor’s office last week, and was rushed to Mount Sinai Hospital in New York City.

Rivers’ daughter, Melissa, said in a statement Wednesday that her mother had been moved out of intensive care and into a private room, where she was resting comfortably.