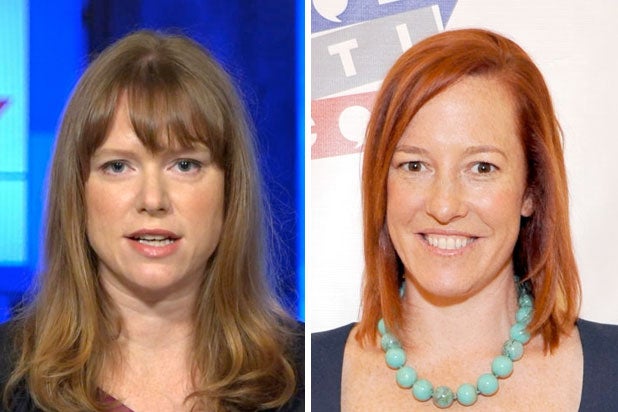 In addition, deputy Biden campaign manager Kate Bedingfield will serve as communications director as the head of an all-female communications team when Biden takes office on Jan. 20, 2021. She is well-known in Hollywood circles, as she previously served as spokesperson and VP of corporate communications at the Motion Picture Association of America (MPAA). After the 2016 election and her position with the Obama administration came to an end, she returned to work in communications for the entertainment and sports industries.

“Communicating directly and truthfully to the American people is one of the most important duties of a President, and this team will be entrusted with the tremendous responsibility of connecting the American people to the White House,” Biden said in a statement. “These qualified, experienced communicators bring diverse perspectives to their work and a shared commitment to building this country back better.”

Honored to work again for @JoeBiden, a man I worked on behalf of during the Obama-Biden Admin as he helped lead economic recovery, rebuilt our relationships with partners (turns out good practice) and injected empathy and humanity into nearly every meeting I sat in.

I’m unspeakably proud to have the opportunity to serve as White House Communications Director for @joebiden. Working for him as VP and on this campaign gave me insight into what kind of capable, compassionate, clear-eyed president he will be and it will be a profound honor to 1/