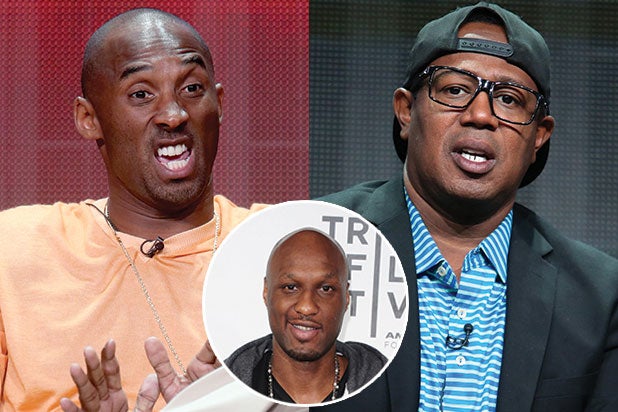 Kobe Bryant has a message for Master P: Enough of the “insensitive” comments about Lamar Odom’s medical crisis.

Bryant posted a statement Thursday afternoon on Twitter, following the hip-hop mogul’s rant that Bryant’s concern about Odom is “phony.”

While Los Angeles Lakers star Bryant didn’t mention Master P by name, it’s pretty obvious who he was talking about.

“When WE feel the need to question the support of others in moments as critical as a life hanging in the balance, then we must question the kind of culture we have created that has led US to such insensitive suspicion,” Bryant tweeted, along with the hashtag #justpray.

The statement came just 12 hours after TMZ posted a video of Master P saying he was “like a mentor” to Odom, and knew that the former Laker wanted to return to the NBA.

“If Kobe was his friend, Kobe like, owned the team. He could’ve got the man back on the team, that’s all he wanted,” Master P said.

“Kobe knows the man was a hell of a player, you can’t take that away from him,” he continued, before saying that Bryant’s visit to the Las Vegas hospital room where Odom clings to life after falling unconscious in a Nevada brothel, was “phony.”

Master P also claimed that Odom was “blackballed” from the NBA over his decision to appear with estranged wife Khloé Kardashian on the E! reality series, “Keeping Up with the Kardashians.”

When the TMZ photographer pressed Master P to explain, he said: “I come from the streets, I keep it real.”