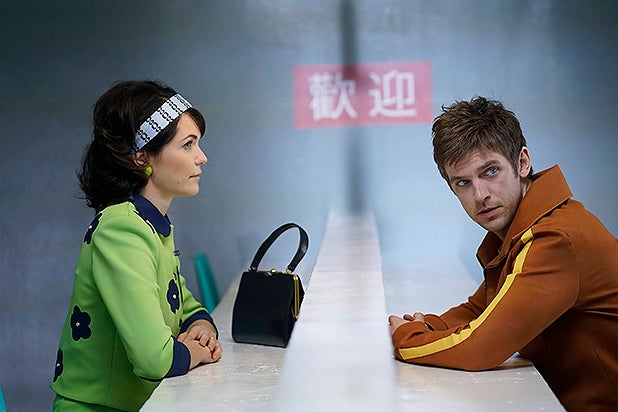 FX’s “Legion” rounded up 3.27 million total viewers with its series premiere, including three days worth of delayed viewing.

Of that sum, 1.8 million came from the key adults 18-49 demographic, according to Nielsen numbers.

For some context, of the 69 new primetime cable drama premieres over the past year, “Legion” ranks third in the key demo and seventh overall. Across basic cable, last week’s debut was the No. 1 telecast in the demo and fourth for everyone.

Also Read: 'Legion' has a Pink Floyd Connection You Might Not Have Noticed

The Noah Hawley superhero drama now holds the record as FX’s most time-shifted debut ever. It grew 102 percent in the demo and 101 percent overall, per Live + 3 Day TV ratings.

With two encore telecasts to add to the total, “Legion” reached 4.37 million total viewers linearly, 2.39 million of them in the main demo. That doesn’t include streaming or SVOD tune-in.

The X-Men universe show returns Wednesday, February 15 at 10 p.m. Episode 2, written by Hawley and directed by Michael Uppendahl, follows David (Dan Stevens) as he reflects on his past with the help of new friends, per FX.