Finally, Minnesota has its senator.

The state’s supreme court ruled on Tuesday that Al Franken recieved the highest number of votes legally cast and is entitled “to receive the certificate of election as United States senator from the state of Minnesota.” 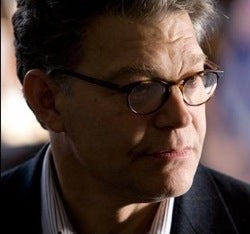 Following the court’s ruling, his Republican opponent Norm Coleman conceded. “Sure I wanted to win,” he said at a news conference outside his home in St. Paul, adding that further litigation would damage the state’s unity.

The decision and concession means that Franken will be sworn in later this week, maybe as soon as tomorrow.

Adding Franken, 58, to the Senate gives Democrats the 60 votes necessary to close off and GOP attempts to filibuster Senate actions.

A lower court had decided that Franken, a former "Saturday Night Live" writer and performer, won the Nov. 4 election by 312 votes, and Coleman appealed on the grounds that .about 4,000 absentee ballots that had been ruled invalid should be counted.

"I look forward to working with Senator-Elect Franken to build a new foundation for growth and prosperity by lowering health care costs and investing in the kind of clean energy jobs and industries that will help America lead in the 21st century,” President Obama said in a statement.

Senate Majority Leader Harry Reid, D-Nev., said the decision means “The people of Minnesota will now finally get the brilliant and hardworking new senator they elected in November and the full representation they deserve.”

“The Senate looks forward to welcoming Senator-elect Franken as soon as possible.  He will play a crucial role as we work to strengthen our economy, ensure all Americans can access and afford quality health care, make our country more energy independent, confirm the President’s outstanding nominee to the Supreme Court, and tackle the many other challenges we face.”