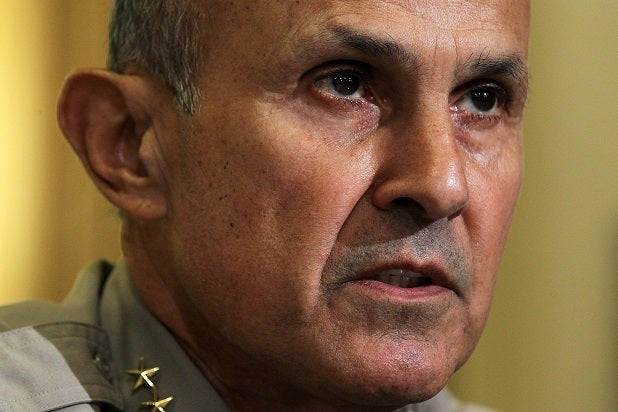 Lee Baca, who’s presided as Los Angeles County Sheriff during the new Golden Age of Celebrity Misconduct, announced Tuesday that he will retire at the end of the month.

Baca, who has been Los Angeles County Sheriff since 1998, made the announcement during a press conference. His current term was due to expire in December 2014.

Baca cited the “negative perception” of his upcoming sheriff’s campaign as the main reason for his retirement.

“I have great gratitude to the people who elected me,” Baca said at the conference. “I am not going to seek reelection for a fifth term as sheriff, and I will retire at the end of this month. The reasons for doing so are so many. Some are most personal and private, but the prevailing one is the negative perception this upcoming campaign has brought to the exemplary service provided to the men and women of the Sheriff’s Department.”

The Sheriff’s Department has recently been rocked by allegations of inmate abuse, with a number of deputies being charged with crimes and accusations that an attempt to obstruct an FBI investigation into the department.

Baca’s tenure has seen the arrests of numerous celebrities gone wild, often to some controversy to the department. Following the 2006 drunk-driving arrest of Mel Gibson, the department stated that he had been arrested without incident, though the arrest report revealed that the “Braveheart” star had made several inflammatory statements. The following year, celebutante Paris Hilton received a 45-day jail sentence — and was released by the department after serving only 79 hours.