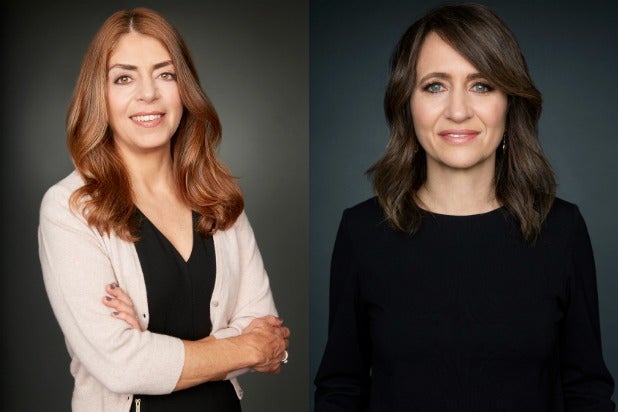 The news follows Monday’s official announcement Sheila Nevins will be stepping down from her post as the long-running president of HBO Documentary and Family Programming early next year.

“With Nancy and Lisa leading a stellar team, there will be a continued commitment to the excellence that was a hallmark of Sheila’s tenure,” Bloys said in a press release. “Our viewers can look forward to a compelling slate of programming.”

Nevins revealed the news of her exit in an in-depth interview with Maureen Dowd that went live on Saturday.

“There’s something exciting about leaving a job. I can’t explain it. I have deprived my life of a life. All I did was work. I was, like, born at HBO and I don’t have to die there,” Nevins told Dowd. “If I stayed any longer, I probably would have died at my desk. I just regret that there’s so little time left.”

The exec has helmed the network’s documentary division since 1979 and acted as president since 2004. In the time that Nevins has been running the show, HBO has won 26 Oscars, the most recent being for 2015’s “A Girl in the River: The Price of Forgiveness.”

Abraham and Heller, who will be taking on the roles of executive vice presidents, are both currently senior vice presidents in the division, tackling development, production and acquisition for HBO Documentary and Family programming.

Abraham has been with the HBO department since 1995 and was promoted to vice president in 1998. She became a senior VP in 2009. Abraham has been programming executive for projects like “Bright Lights: Starring Carrie Fisher and Debbie Reynolds,” “Cries from Syria,” “Nothing Left Unsaid: Gloria Vanderbilt & Anderson Cooper,” “Life According to Sam,” “Six by Sondheim,” “The Loving Story,” “Ethel” and “Paradise Lost 3: Purgatory.”

Heller moved into HBO’s documentary division in 2000 from her role as executive producer for the PBS documentary series “POV.” She was promoted to vice president in 2001 and became senior vice president in 2012. Heller has taken point as programming exec on “Born into Brothels,” “Capturing the Friedmans,” “Everything Is Copy – Nora Ephron: Scripted & Unscripted,” “Spielberg,” “The Black List,” “The Words That Built America” and the series “The Jinx: The Life and Deaths of Robert Durst,” and family programs like “Sesame Street.”