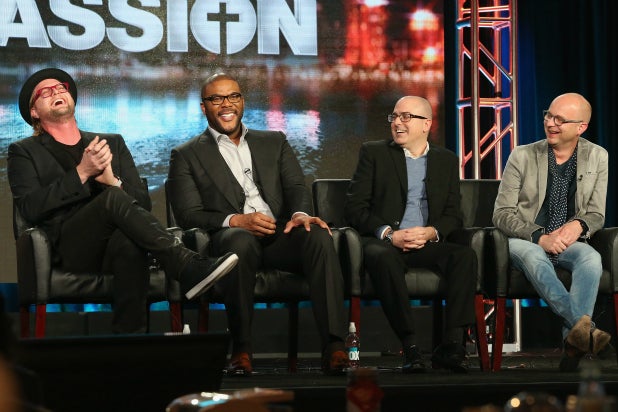 Netflix has picked up the distribution rights to Fox’s live “The Passion” musical after it airs this Sunday, TheWrap has learned.

The Biblical story of Jesus Christ will be available in almost all Netflix territories beginning March 22, with the exception of the Netherlands, where it will be available March 25. The move is an interesting one for Netflix, which has typically avoided live events such as “The Passion.”

“The Passion,” written by Peter Barsocchini, tells the 2,000-year-old story of the last hours of the earthly life of Jesus Christ (Jencarlos Canela) through passages from the Bible and a variety of pieces of contemporary popular music, sung by the cast and arranged specifically for this event by executive producer and music producer Adam Anders.

Set in the modern day, the event will follow the dramatic and inspirational story of Jesus of Nazareth, as he presides over the Last Supper and is then betrayed by Judas (Chris Daughtry), put on trial by Pontius Pilate (Seal), convicted, crucified and resurrected. Tyler Perry will host and narrate.

The event will unfold live at some of New Orleans’ most iconic locations, while featuring a procession of 1,000 people carrying a 20-foot, illuminated cross from outside the Mercedes-Benz Superdome to the live stage at Woldenberg Park, on the banks of the Mississippi River.

Fox’s “The Passion” premieres on this Sunday at 8/7c.