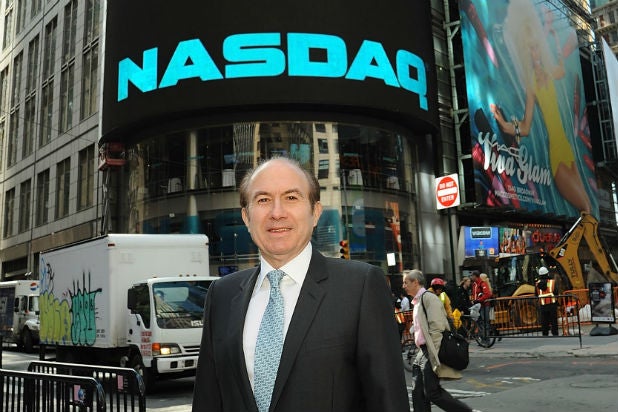 For a guy who got fired, Philippe Dauman had a pretty good year at Viacom — financially, at least.

Though Dauman was forced to walk away from the company in August, he did so with $93 million in the bank.

Last year, the former Viacom CEO earned $54.2 million — so, quite a healthy increase this time around. Of course, the lion’s share of 2016’s bump came from his golden parachute, which is captured below in the catch-all phrase “all other compensation.”

Thomas Dooley, who temporarily replaced Dauman as interim president and chief executive officer before bailing after just over a month, made $27.9 million over this fiscal year.

Everything else was comparatively immaterial for both men.

After serving several months as acting president and CEO, Bob Bakish officially secured the job earlier this week. Let’s hope it works out better for him than the other guys.

Dauman was media mogul Sumner Redstone’s right-hand man for years, until a recent (and very public) falling out. The two — along with Sumner’s daughter Shari Redstone — have been battling for power in the court system and through the media. The Redstones ultimately won.

Speaking of Sumner, the 93-year-old will no longer have a vote on Viacom’s board after February’s annual meeting. He will retain his chairman emeritus title, however.