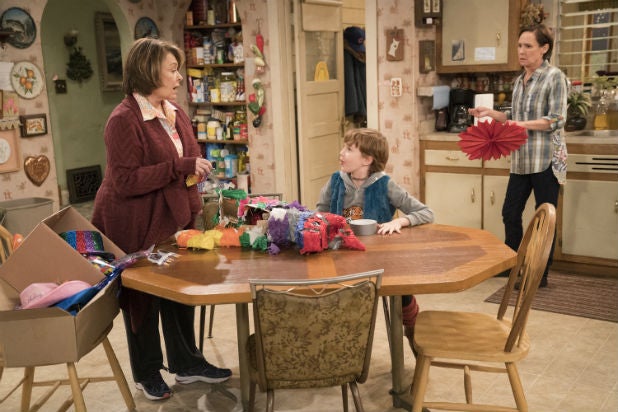 Just because Roseanne Barr has apologized to the “wonderful writers” who are now out a job after “Roseanne” was canceled Tuesday due to her racially-charged tweet about Valerie Jarrett, it doesn’t mean that it solves their new unemployment problems.

In fact, one of the executive producers on the canceled ABC sitcom says he and the show’s other scribes aren’t even sure if they will receive severance pay now that ABC won’t be moving forward with the revival’s previously announced Season 11.

“Everybody is still in shock at how quickly this all went down,” Dave Caplan said in an interview with The Hollywood Reporter Wednesday.

Also Read: Ambien Manufacturer Fires Back at Roseanne: 'Racism Is Not a Known Side Effect'

“It’s unfortunate because the writers did pass on other jobs to take this job and nobody really knows yet what kind of compensation they’re going to get,” Caplan continued. “Everybody is a little bit on edge about how it’s going to turn out. But we all know it’s a wasted opportunity to write more episodes.”

When reached for comment, ABC redirected TheWrap to producer Carsey-Werner, which did not immediately respond.

Late on Tuesday — after the Disney-owned broadcaster canceled “Roseanne” (the No. 1 show on television) — Barr attempted to explain that she was “Ambien tweeting” at 2 a.m. when she wrote about Jarrett. “Guys I did something unforgiveable [sic] so do not defend me. It was 2 in the morning and I was ambien tweeting-it was memorial day too-i went 2 far & do not want it defended-it was egregious Indefensible,” she wrote.

She also apologized to everyone who lost their job because of her, writing: “Don’t feel sorry for me, guys!!-I just want to apologize to the hundreds of people, and wonderful writers (all liberal) and talented actors who lost their jobs on my show due to my stupid tweet. I will be on Joe Rogan’s podcast friday.”

The comedian’s return to Twitter came after she announced earlier in the day she was “leaving” the social media platform following her remark about Jarrett. “muslim brotherhood & planet of the apes had a baby=vj,” Barr wrote in response to a Twitter thread about the former adviser to Barack Obama.

The backlash to Barr’s remark was fierce, with ABC putting the kibosh on her show just hours after she tried to make amends with a subsequent apology tweet, in which she said her statement about Jarrett was a “joke” that was “in bad taste.”

Barr was dropped by her talent agency, ICM Partners, Tuesday over the remarks, which they found “disgraceful and unacceptable.”

Meanwhile, Viacom pulled “Roseanne” reruns from its Paramount Network, TV Land and CMT channels. Laff digital network is also nixing repeats of the sitcom and Hulu has decided to yank episodes of the revival from the streaming platform.