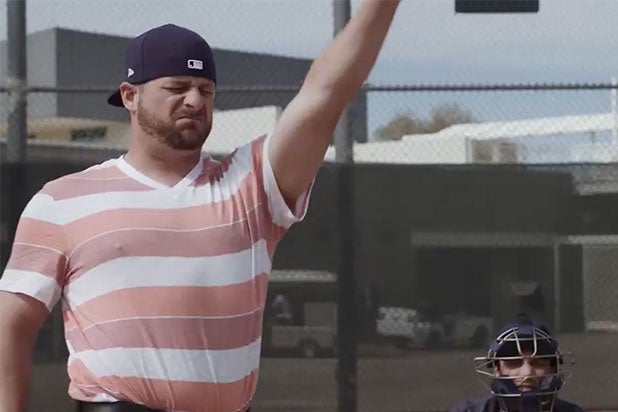 The Milwaukee Brewers re-created one of the most memorable moments from the movie “The Sandlot” — and it’s perfect.

Members of the baseball team re-made the scene in which Ham hits the baseball over the fence nearly frame-by-frame. Some of the players channel their inner Smalls and Squints as Stephen Vogt’s Ham hits a home run and runs around the field, getting smacked by the other players.

The spoof video even featured a very famous cameo. At the end of the original scene, the kids warn that “The Beast” is back there. In the Brewers’ version, “The Beast” is portrayed by Hank the Dog. (In 2014, a dog wandered into the Brewers’ training facility and was taken in by the club before it was adopted by someone close to the team.)

“The Sandlot” is celebrating its 25th anniversary this year, as it was released on April 7, 1993. David Mickey Evans wrote and directed the film (Robert Gunter co-wrote) and the film starred Tom Guiry, Art LaFleur, Mike Vitar, Patrick Renna, Chauncey Lepardi and Marty York.

It has since become a cult classic.

Watch the Brewers’ video, as well as the original scene, below.