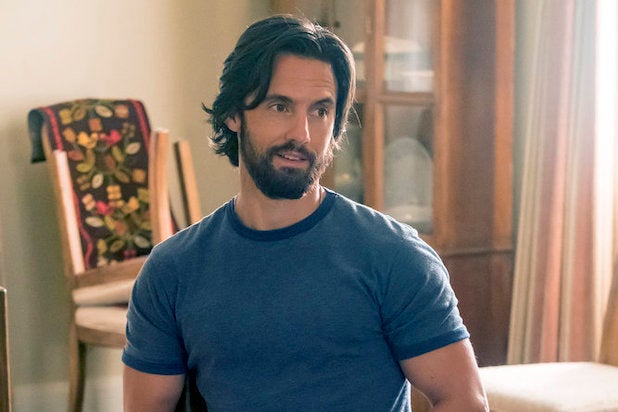 Tuesday’s episode of “This Is Us” featured yet another adorable chapter from Jack (Milo Ventimiglia) and Rebecca’s (Mandy Moore) storybook love — and was appropriately titled “Storybook Love” — while continuing to explore the darker period the Pearsons faced after Jack’s death and jumping into the trials and tribulations of the Big Three, Randall (Sterling K. Brown), Kate (Chrissy Metz) and Kevin (Justin Hartley), in the present day.

The job of juggling those three storylines fell to star Ventimiglia this week, who made his “This Is Us” directorial debut with tonight’s Season 4 episode. And though the NBC family drama’s star is not a stranger to sitting behind the camera, this hour marks the first directed by an of the show’s actors.

“During the second season, [executive producer] Ken Olin looked at me when we were on set and said, ‘You’re gonna direct one of these, right?’ And I said, ‘If you want me to,'” Ventimiglia told TheWrap of how his directing gig came about. “And then throughout the second season, the show was gaining momentum and a lot of other actors were raising their hands and asking to be a part of it, and saying, ‘Hey, I want to direct.'”

“People were starting to shadow directors and spend time in the writers’ room, starting to go on that path,” he continued. “And I’d had a conversation with [creator Dan Fogelman] where I said, ‘Let’s wait a minute, if we could.’ And then it was a collective decision to wait until we’d crossed that halfway point before it really opened the door to actors directing on the show. But it was something that– it’s funny, I never really asked to do it, but I was excited when they said, ‘Hey Milo, why don’t you be the one to direct the first one?'”

And directing the episode gave Milo the opportunity to work with Brown, Metz and Hartley, who he rarely shoots scenes with due to the fact that, you know, they play the deceased Jack’s adult children. (Mandy he sees all the time.)

“I don’t get that satisfaction as an actor because, well, Jack is dead in the present day,” Ventimiglia said. “But this is another opportunity to work with some really talented people… It was nice we got to actually collaborate and sit in the space together. We found a really beautiful rhythm together as actor and director.”

When it came to instructing himself, Ventimiglia said it wasn’t that hard, both because he only had to worry about Jack being in one of the stories this week, and because of how well he knows the character at this point.

Also Read: Ratings: 'This Is Us' Tops Another Tuesday in Demo, 'NCIS' Stays North of 12 Million Viewers

“It’s very much in ‘This Is Us’ fashion to introduce something so deep into the series that we never knew about, but has such a huge impact,” Ventimiglia said of the mystery. “It reminds me of when we learned Jack had a brother named Nicky or any of those bigger moments of discovery. So I think it was a big responsibility for us on our side to really tease that idea of what did happen between Kate and Marc? It’s obviously new, it’s exciting. She’s finally discovering that side of things when maybe she’s been down on herself in the past, of course. And she’s been pretty sad over Jack’s passing. So in this happy moment for teen Kate we’re going to get hit with the reality of what happened between the two of them.”

If you’re looking for more of Jack and Rebecca’s young love tale, Ventimiglia promises we’ll get there soon. Next week, actually.

“The next episode. We’re going to be getting into that shortly here,” he said. “And yeah, a lot of that is you’ve got early Jack and Rebecca and they’re trying to find their way and discover this new, young love and where it’s gonna go and there is a little uphill for Jack, especially with his future in-laws.”

And more Jack stories out of Nicky (Griffin Dunne)?

“I think we’re gonna continue to learn the things about Jack and his childhood through the Kevin and Nicky storylines,” he said. “I mean, there’s a lot that Nicky has experienced of Jack and there’s still more to learn about Jack through Nicky. So we’re gonna definitely touch on that stuff.”