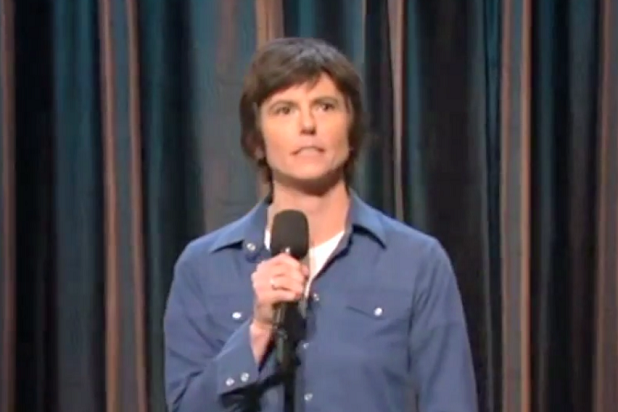 Cancer is no laughing matter.

OK, well maybe it is when Tig Notaro‘s concerned.

“Tig,” a documentary about Notaro’s struggle to continue her stand-up comedy career while battling cancer, premieres on Netflix on July 17. And as a new trailer for the documentary amply demonstrates, she doesn’t shy away from mocking her affliction when she takes the stage.

“I made so many jokes over the years about how flat-chested I was,” Notaro, who underwent a double mastectomy, tells the audience in one clip from the trailer. “My boobs overheard me and were just like, ‘We are sick of this; let’s kill her.'”

The documentary was produced by Michael Clark and Alex Turtletaub from Beachside Films, with Jennifer Arnold writing and Kristina Goolsby and Ashley York. directing. Notaro executive produced the film, along with Leah Holzer, Hunter Seidman and Tim Foley.

Watch the sneak peek in the video.