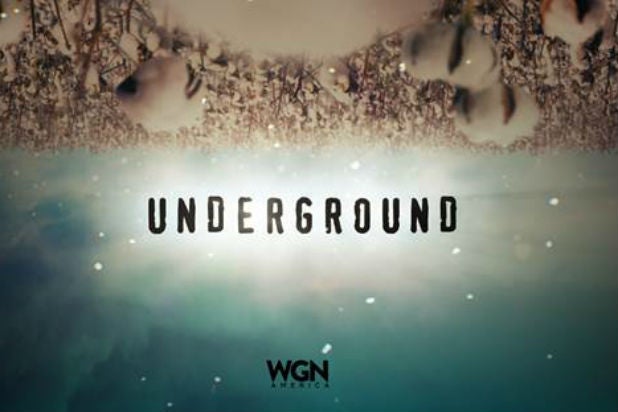 WGN America will offer a first-look screening of their upcoming drama “Underground” at New York Comic-Con, the network announced on Monday.

The show takes place in the antebellum South, where slaves on a plantation risk everything for a chance at freedom in the North by escaping on the Underground Railroad. The show also examines the lives of slaveholders, slave hunters, and abolitionists.

The panel and audience Q&A will feature the “Underground” stars Jurnee Smollett-Bell (“True Blood” “Friday Night Lights”), Aldis Hodge (“Straight Outta Compton”) and Alano Miller (“Jane The Virgin”), along with the creators, on Sunday, October 11 at 2:45 p.m. in Room 1A06 at the Javitz Center in New York.

“Underground” is created and written by Misha Green and Joe Pokaski, who serve as executive producers alongside Academy Award-winning writer Akiva Goldsman (“A Beautiful Mind,” “I Am Legend”) of Weed Road Pictures; Tory Tunnell (“King Arthur,” “Holy Rollers”) and Joby Harold (“King Arthur,” “Edge of Tomorrow”) of Safehouse Pictures; and John Legend, Mike Jackson and Ty Stiklorius of Get Lifted.

Produced by Sony Pictures Television and Tribune Studios, “Underground” is slated premiere in 2016 on WGN America.