Standing in front of a sold-out 800-seat theater at the Los Angeles Film Festival, director Davis Guggenheim shook his head.

He paused.  “Did anyone tell you that this is a documentary?”

Everybody in the room on Monday night, of course, knew that they were there to see “Waiting for ‘Superman,’” the new documentary from the Oscar-winning director of “An Inconvenient Truth.” 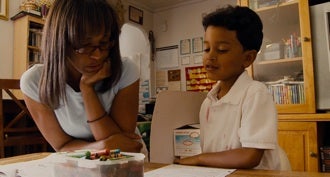 The doc about public education (right) was one of the marquee screenings of the festival, an event that attracted directors Brett Ratner ("Rush Hour"), Curtis Hanson ("L.A. Confidential"), Jonathan Dayton and Valerie Faris (“Little Miss Sunshine”) and Scott Cooper (“Crazy Heart”) and was followed by a party at which John Legend performed.

And in a way, that was business as usual for LAFF, which comes to an end on Sunday after an 11-day run that to a certain degree could be summed up by paraphrasing (or at least re-punctuating) Bugs Bunny:  "What’s up? Docs."

“I think we put together an amazing group of documentaries this year,” said festival director Rebecca Yeldham at the “Superman’” party. 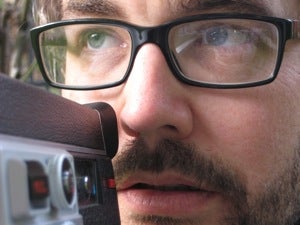 “There’s definitely a real energy around the documentaries in this festival – but every festival I go to, I see more and more amazing docs,” says Jeff Malmberg (right), the director of “Marwencol,” a strong and lyrical look at an upstate New York man who tries to recover from a brutal beating by creating a 1/6 scale, World War II Belgian village in his back yard.

“Documentary is no longer a dirty word to audiences,” adds Malmberg.  “It really feels like there are some interesting things happening.  And there’s a lot of room to grow in docs, particularly with films that combine documentary techniques with narrative. To me, that’s really exciting.”

Nine documentaries screened in competition at LAFF, but that was only the tip of the iceberg for a field that made up more than a third of all the festival's features.  Besides the nine films in competiton, the fest showed another two dozen docs spread across almost all the festival categories: seven in the Summer Showcase series, six in the International Showcase …

It had dead serious docs, but also lighthearted docs like “The Red Chapel” and “The Peddler.”  It had a 3D doc in “Cane Toads: The Conquest,” and a couple of completely unclassifiable docs in “Seperado!” and “Utopia in Four Movements.” 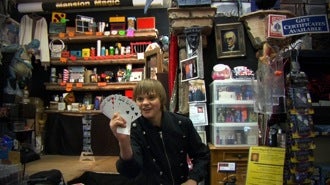 The doc that won the $50,000 jury prize was “Make Believe” (left) which eschewed the serious, issue-oriented approach beloved by the Oscar voters in favor of a look at a group of teenage magicians preparing for a competition in Las Vegas.

Another director was reluctant to criticize narrative features, but wondered if independent, non-fiction filmmakers weren’t picking up momentum in a way that narrative filmmakers simply aren’t.

“I think documentaries are at a stage where the form is really starting to open up,” said the director, “where narrative films, at least on a bigger scale, are closing up.”