Your guess is as good as Jason Sudeikis’ when it comes to whether or not there will be a “Ted Lasso” Season 4. While the creator has previously said that the Apple TV+ series would end with Season 3, he insisted at in the press room at the Emmys on Monday that he has no idea about the show’s future.

“I think you’ve been misled,” he responded when a reporter suggested he, of anyone, would know best whether or not the show could continue beyond Season 3. “I don’t know. It’s up to more factors than myself.”

When pressed for more, Sudeikis said that “the response to the show has been overwhelming,” but he still couldn’t say if that’s enough to warrant more. 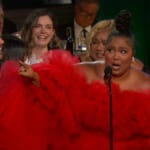 “I do know that this part of the show is what it’s supposed to be, and it will be what it was fortunate to become,” he said. “But as far as Season 4, I apologize for not giving you a more direct answer because I understand that’s helpful for headlines.”

And even if he had more answers, the newly minted Emmy winner (Sudeikis won his second Best Actor in a Comedy Series Emmy on Monday while the show took home Best Comedy Series) joked he wouldn’t let the rest of us in on it anyways, adding: “If I knew I wouldn’t tell you.”

“Ted Lasso” writer and actor Brett Goldstein, who also won an Emmy on Monday night, previously told The UK Sunday Times that the show had been planned as only three seasons. However, Sudeikis has previously left room for speculation — making his non-answer not at all surprising. 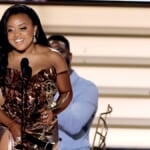 Also Read:
Quinta Brunson Shrugs Off Kimmel’s Lengthy Emmys Bit: ‘I Was Wrapped Up in the Moment’

“The story that’s being told – that three-season arc – is one that I see, know, and understood,” Sudeikis said in a previous interview with Entertainment Weekly. “I’m glad that they are willing to pay for those three seasons. As far as what happens after that, who knows? I don’t know.”

A “Ted Lasso” Season 3 premiere date has not yet been set, but production on the new episodes began in March. The show took home a total of four golden statuettes during the 74th annual Primetime Emmy Awards. See the full winners list here. 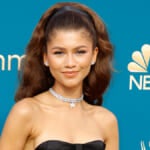