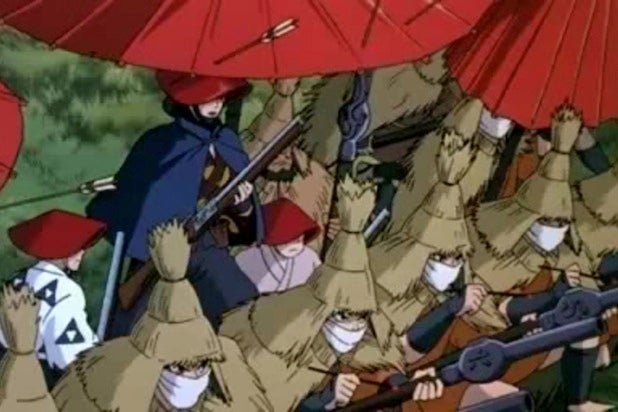 TheWrap
CES, the international tech extravaganza in Las Vegas, is when many of the world's leading manufacturers debut some of their most futuristic products. This year was no different. Check out some of the coolest products from this year's show: 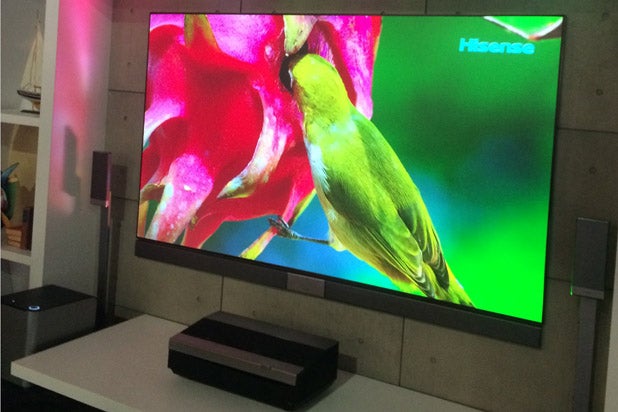 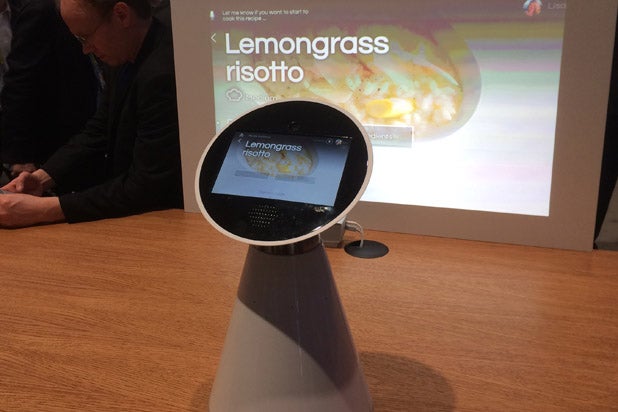 TheWrap
Bosch MykieMykie, a voice-operated personal assistant for the kitchen, can inform home cooks just how much longer the roast needs in the oven and if they have all the right ingredients in their (connected) fridge. 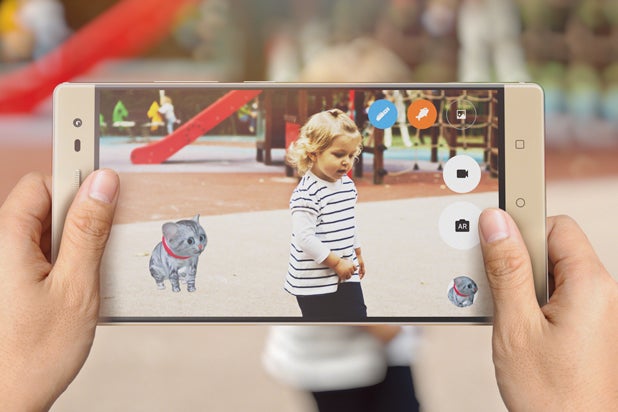 Lenovo
Lenovo Phab 2 ProThis augmented reality smartphone, powered by Google's Tango technology, can overlay information and objects when looking through the camera. No need to use your imagination to see if a piece of furniture is a good fit in the living room. 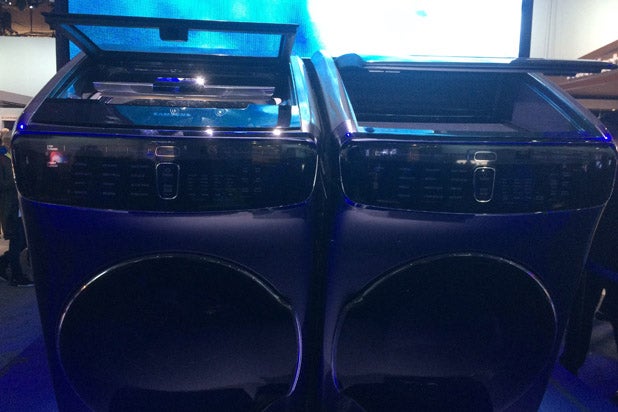 TheWrap
Samsung FlexWash and FlexDryThe South Korean conglomerate's new home laundry system combines two washers or dryers in one appliance, allowing people to wash a pair of jeans in cold water and sheets in hot water at the same time. 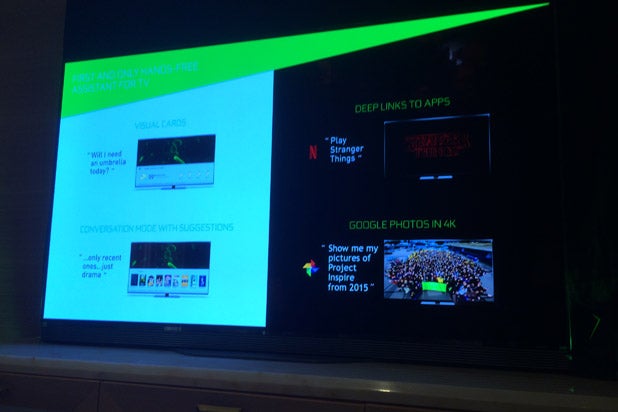 TheWrap
NVIDIA ShieldNVIDIA's newest set-top box combines pay-TV, over-the-top streaming services and a 4K video game experience in one device. Users can watch Netflix, play pre-loaded games on the cloud, and even cast PC games to the TV for a much better picture. Oh yeah, the Shield has a built-in Google Assistant that can easily search through content and control a smart home. It is available now for $199. 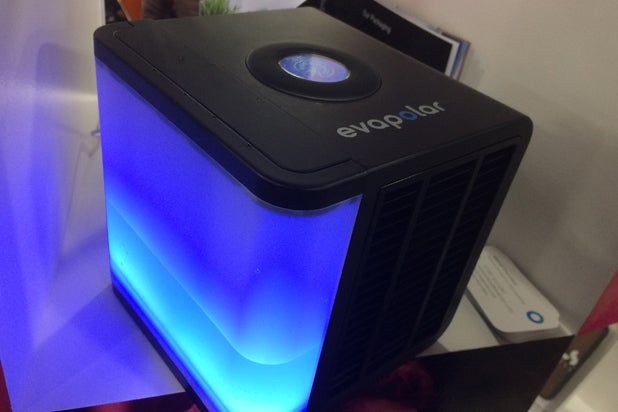 TheWrap
EvapolarThis portable water-evaporation air conditioner, about the size of a small subwoofer, packs a serious punch that blows away what an electric fan can do. It was backed on crowdfunding platform Indiegogo. 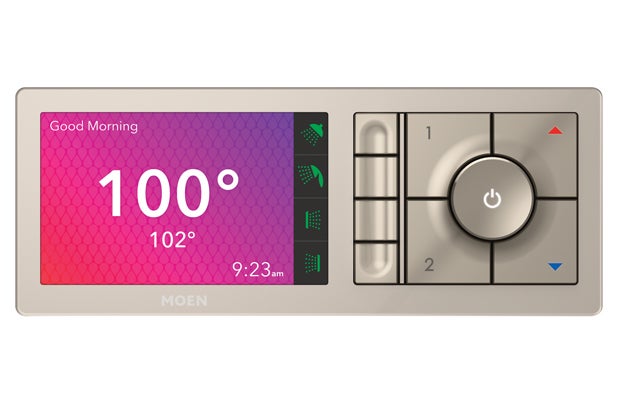 Moen
Moen U shower systemThis smart shower connects to an app via wi-fi and allows home bathing enthusiasts to program up to 12 different settings. It also lets you know when the water's hot enough through the app. But its best feature may be the ability to pause the hot water to step out and take a phone call -- and stay that temperature when it's started up again. 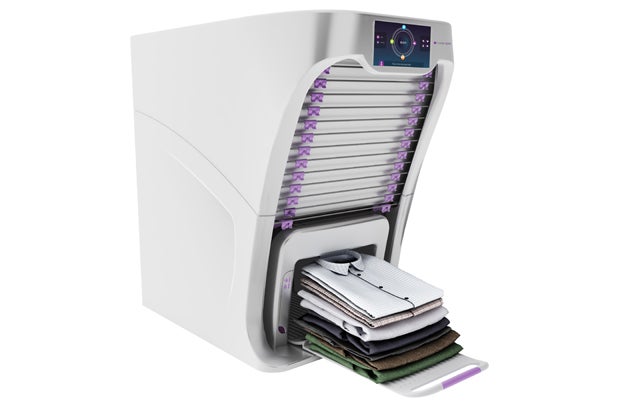 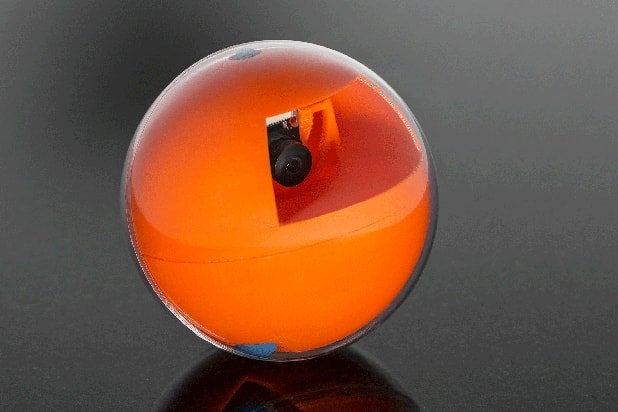 PlayDate
PlayDate This smart pet toy is a ball with a two-way video and audio interaction, which allows dog and cat owners to see and talk to their furry friends through an app. It also allows users to move the ball around the room through directional controls in the app, giving the family's most loved member active playtime when his best friend is half a world away. PlayDate was also funded on Indiegogo. 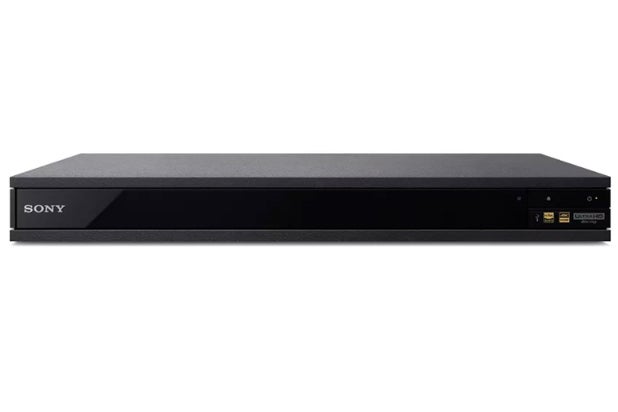 Sony
Sony UBP-X800The Japanese conglomerate always makes a splash at CES, and Sony rolled out a suite of shiny new products this year. The most interesting might be its mass-market Ultra HD Blu-ray player with 4K support, which brings a ridiculously sharp picture to home consumers. Pricing hasn't been announced yet. 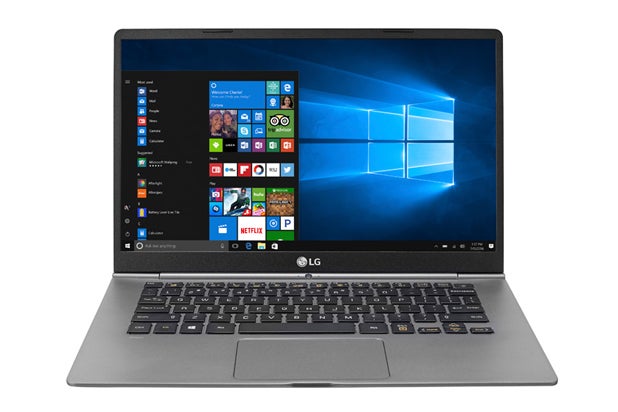 LG
LG Gram 14 LG continues to develop its line of smart appliances, unveiling new models with a door that becomes transparent with a tap, to avoid the energy-wasting fridge inventory checks. But its new laptop -- which weighs a little more than 2 pounds and has a 21-hour battery life -- might be its most exciting product this year.
x
Looks like you're enjoying reading