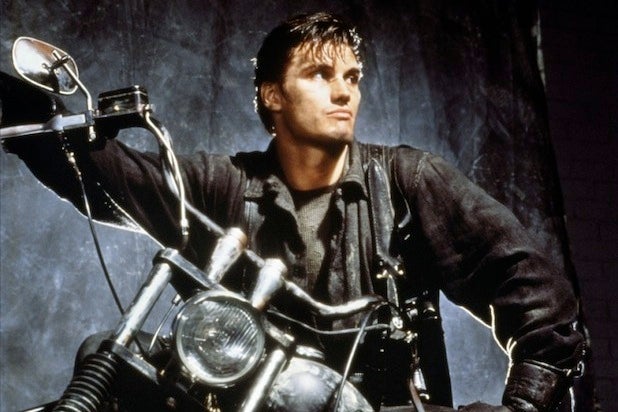 The Punisher (1989) - Marvel has had three cracks at getting a “Punisher” franchise going, and none really took off. Ivan Drago himself, Dolph Lundgren, was the first to don the skull t-shirt in 1989. The other two to play the violently vengeance-bent vigilante were Thomas Jane (2004) and Ray Stevenson (2008). 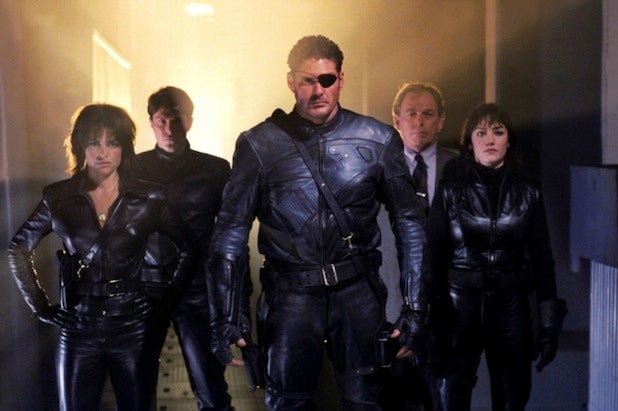 Nick Fury: Agent of S.H.I.E.L.D. (1998) - David Hasselhoff donned Nick Fury’s eye-patch long before Sam Jackson, but the Hoff couldn’t muster the same swagger in this made-for-TV-movie that premiered on Fox. Maybe if it were surrounded by girls in red swimsuits things would have worked out better. 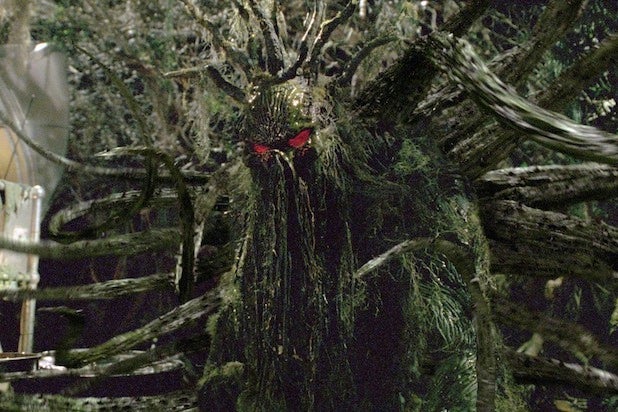 Man-Thing (2005) - Marvel actually tried its hand at horror with the “Man-Thing,” loosely based on Stan Lee's swamp monster comic from '71. Produced by Lionsgate, it premiered on the Sci-Fi Channel after theatrical release plans were scrapped. It features a swamp-monster whose touch burns people who feel fear -- and suddenly men in tights and Nordic gods don’t seem so ridiculous. 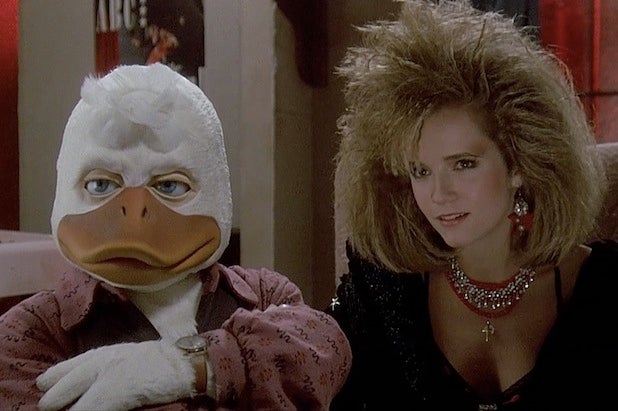 Howard the Duck (1986) - There was nothing super about George Lucas’ “Howard the Duck” (who was introduced as a secondary character to "Man-Thing," see previous slide). This Marvel character's film treatment by George Lucas was a bomb for the ages -- and even makes his “Star Wars” prequels look good. OK, maybe not. 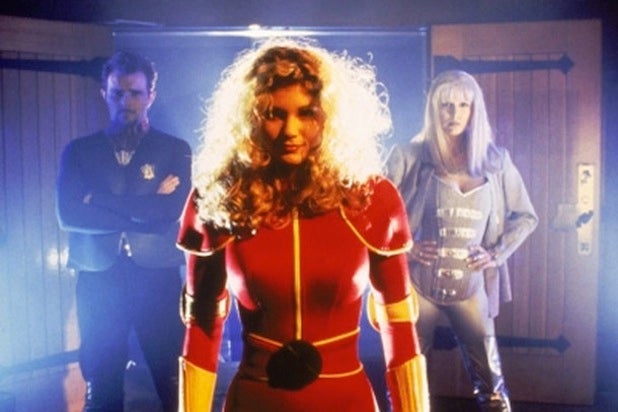 Generation X (1996) - Hoping to capitalize on the popular “X-Men” animated series of the '90s, “Generation X” was a TV movie that aired on Fox about a school for the gifted run by Emma Frost and Banshee. It featured other popular X-Men like Jubilee, Mondo, and ... Skin? 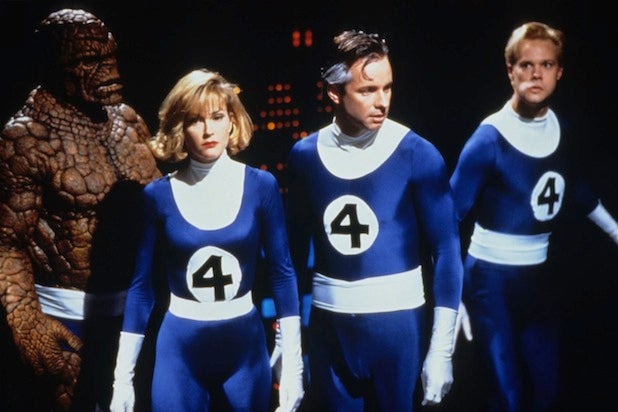 Fantastic Four (1994) - Legend has it that Roger Corman was commissioned to make a low-budget version of “The Fantastic Four” solely so that producer Bernd Eichinger could retain rights -- which they denied. Marvel Studios founder Avi Arad later said he bought it for a couple million and ordered all copies destroyed, worrying it would cheapen the IP. 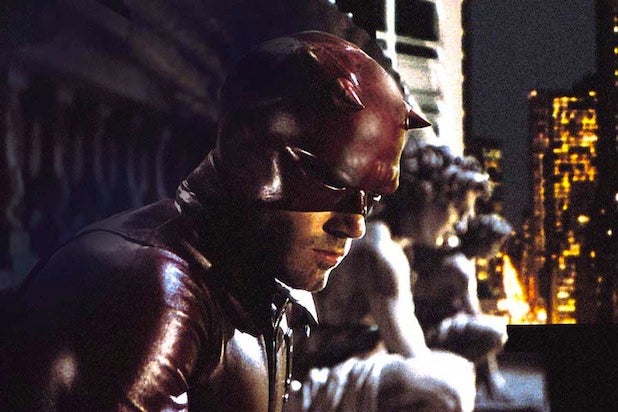 Daredevil (2003) - A big reason for the hate Ben Affleck weathered after being cast as Batman had to do with his first superhero turn, as the blind crime-fighter Daredevil. Though it opened to a then-whopping $45 million, the consensus labels it one of the worst Marvel movies ever made. 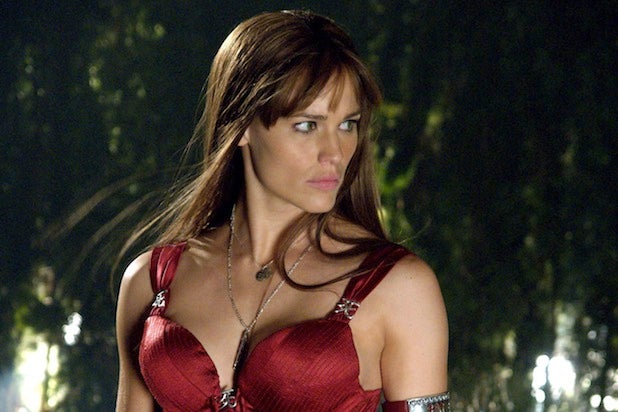 Elektra (2005) - Somehow less popular than "Daredevil" is its spin-off, "Elektra." Jennifer Garner reprised her role, and that's about the only thing note-worthy about it. 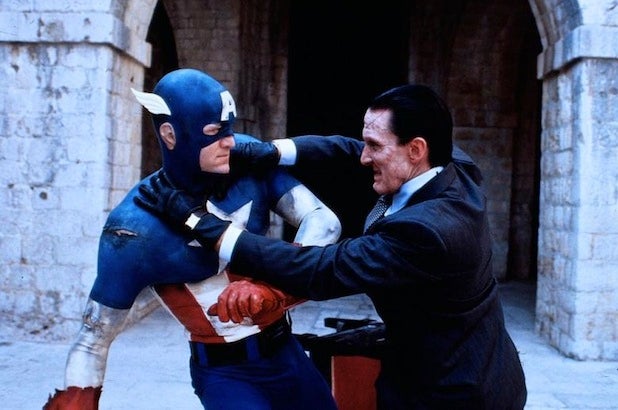 Captain America (1990) - When “Captain America: The First Avenger” was waiting to be released, the internet uncovered the shield-wielding super soldier's first cinematic experience. It’s pretty clear why Marvel tried to keep this botched attempt under wraps for all these years. 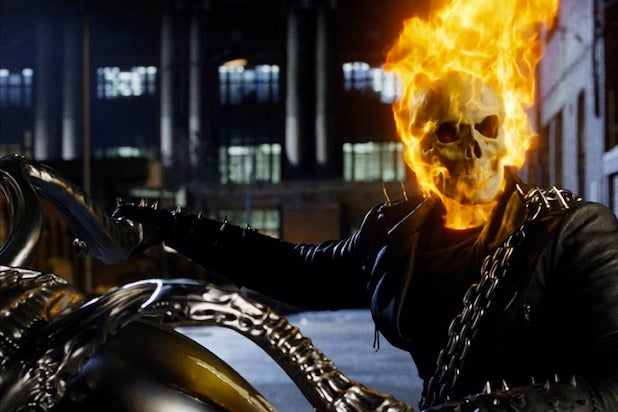 Ghost Rider (2007) - The night before the dawn for Marvel came in the form of the Nic Cage’s “Ghost Rider.” Critically smashed and barely in the black at the box-office, things looked bleak for superheroes not named Batman or Spiderman. Thankfully for Marvel, “Iron Man” changed everything the following year.