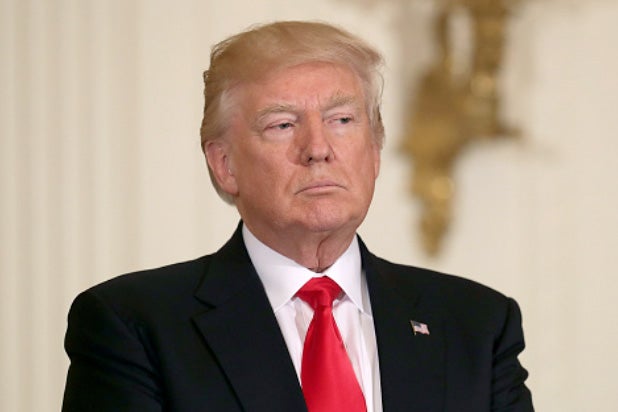 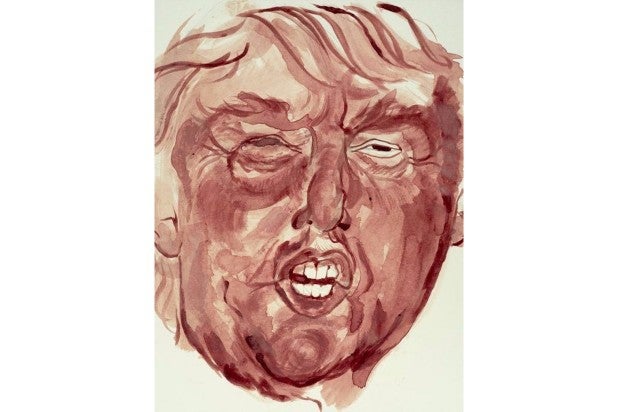 Sarah Levy
Portland-based artist Sarah Levy painted this portrait with her own menstrual blood. The piece, titled "Whatever," is a response to Trump's comment that Fox News host Megyn Kelly had "blood coming out of her wherever." 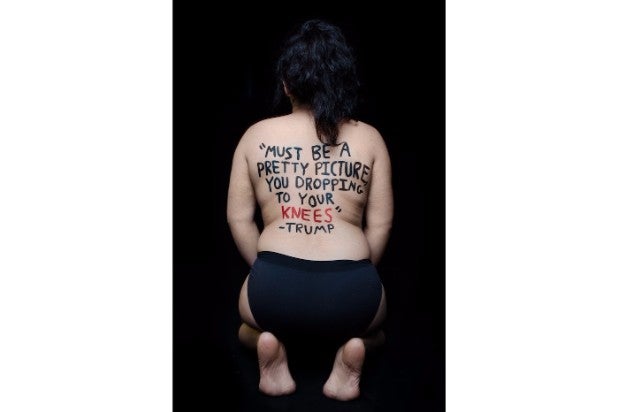 Aria Watson
As part of a series called "#SignedByTrump," Aria Watson snapped this photo for a final project in her Intro to Photography class at Clatsop Community College in Oregon. Models posed partially nude with Trump quotes written on their skin. 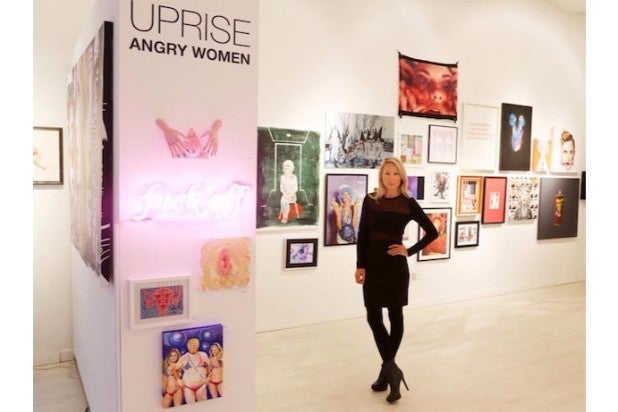 The Untitled Space
Indira Cesarine, founder of The Untitled Space art gallery in New York City, posed in front of pieces from the "Uprising/Angry Women" exhibit. The exhibit premiered in January and featured works by women artists. 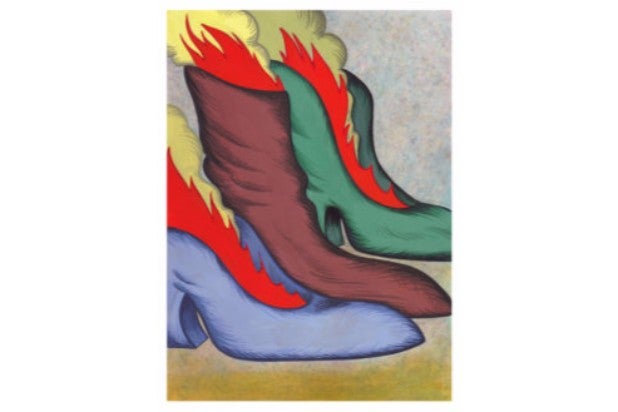 Julie Curtiss
This piece by Julie Curtiss, titled "Hot Heels," was featured at the "Nasty Women" art exhibition in Queens, New York. According to co-director Jessamyn Fiore, the exhibit was "a message to Trump and the government that you can’t roll back women’s rights without a fight." 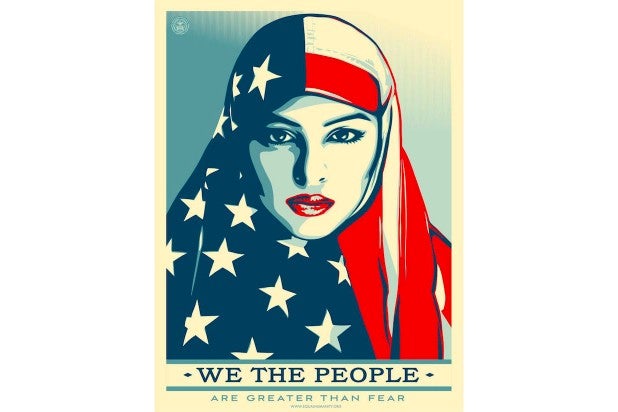 Shepard Fairey
Shepard Fairey, the artist behind the iconic Barack Obama "Hope" poster, created this image for Inauguration Day as a way to "reject the hate, fear and open racism that were normalized during the 2016 presidential campaign." The woman pictured is 33-year-old Muslim-American, Munira Ahmed. 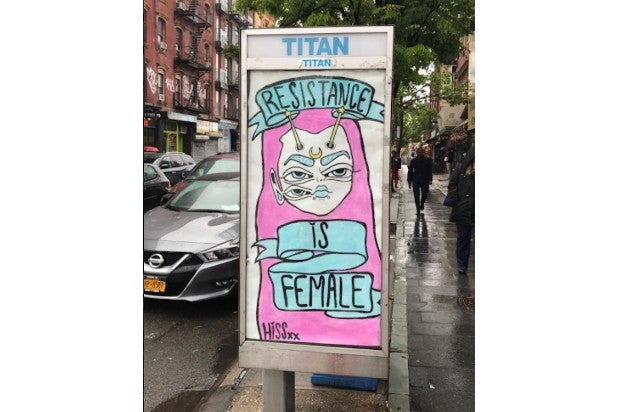 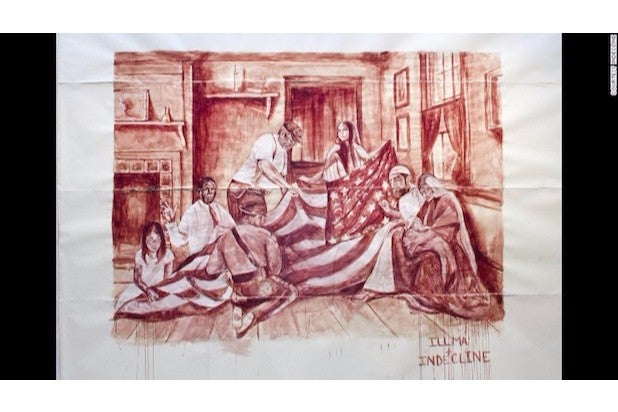 Illma Gore/Indecline
Continuing the bloody trend, Los Angeles-based artist Illma Gore collaborated with the artist collective, Indecline, to create this mural. The mural, titled "Rise Up Thy Young Blood," was painted with human blood from 50 donors and recalls Henry Mosler's 19th-century painting, "The Birth of the Flag." 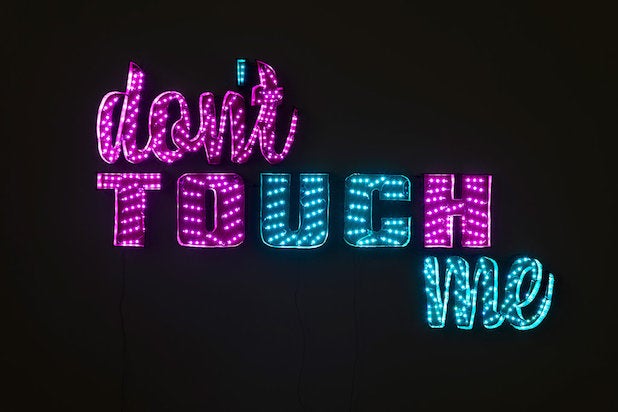 Andrea Bowers (Photograph by Robert Wedemeyer, courtesy of the artist and Susanne Vielmetter Los Angeles Projects)
Inspired by cardboard protest signs, artist Andrea Bowers made this sign as a "feminist gesture." According to Bowers, "I feel outraged that Donald Trump was elected after what he said publicly about women." 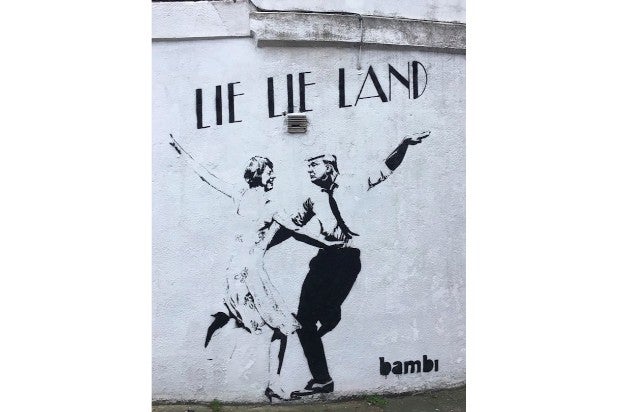 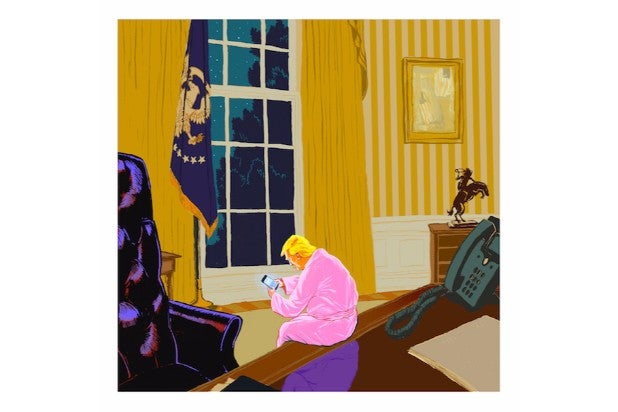